It’s the season of updates for numerous smartphones. Devices from Samsung, Nokia, Motorola, and Honor have grabbed new updates in the form of monthly security patch updates.

To begin with, a bunch of devices from Samsung have been blessed with the March security patch. These include the Galaxy M30, Galaxy M10, Galaxy A50, and the Galaxy Tab 2 Active (both the WiFi and LTE variants).

Then we have devices like the Nokia 8 Sirocco, Verizon Moto E6, Verizon Moto Z3, and the Honor V30 Pro that have been upgraded to February’s security patch.

Launched last year around March, the Samsung Galaxy M30 has now been upgraded with the latest March security patch update. The size of the update weighs around 238MB. Furthermore, the update has M305FDDU4CTC1 as its version numbers.

Samsung Galaxy M10 is another one from the M series to get the March security patch. The update is for the Indian build and carries the version number M105FDDS3BTB4.

The Samsung Galaxy A50 is also receiving the March security patch in Israel. The update, with the firmware version A505FDDU4ATB8, still based on the Android 9.0 Pie, is exclusive to the SM-A505F with ILO as the product code.

Both the WiFi, as well as the LTE variant of Samsung Galaxy Tab 2, have just received the latest March security patch update. For the WiFi variant, whose update is arriving as version T390XXS6CTB1, Slovakia, Czech Republic, Singapore, Australia, Russia, and Italy are the regions receiving the OTA.

On the other hand, the LTE variant in Turkey, Pakistan, Egypt, Iraq, and India has also gotten a taste of this update as version T395JXU7CTB2.

Running the Android One OS, the device was announced in February 2018 and was launched two months later. It has now received the February security patch update. The size of the update is only about 64MB.

The Verizon Moto E6 has been updated with February’s security patch. The update, released on March 6, 2020 comes with the PCBS29.73-81-7 software version.

-The current software update gives you the most up to date Android security patches on your device.

Verizon Wireless has also announced the February security patch update for the Moto Z3. Having the PDXS29.84-51-6 software version, it has March 6, 2020 as its release date.

-The current software update gives you the most up to date Android security patches on your device.

The Honor V30 Pro (3.0.1.170) brings an update to the camera software version, including the DXOMARK update. This is in addition to the February security patch update that it has received.

So, these are some of the Samsung, Motorola, Nokia and Honor devices receiving new monthly security patch updates, be sure to download and install it once the OTA notification shows up. It may take some time to arrive, though, so be patient. 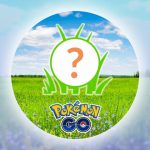