Samsung last month started rolling out the stable Galaxy S9 Android 10 update in the U.S and Europe. This is unlike Samsung, which usually begins rolling out OS upgrades in Europe first before the U.S. joins in later on.

This unusual initial rollout of the OS doesn’t seem to have affected the rollout in other markets, though. Matter of fact, it appears the typical Exynos-first and Snapdragon-later approach is taking shape once again, with more regions in Europe continuing to receive the OS.

For the uninitiated, the time it takes between Samsung making a software update available and when it actually hits your device is affected by your region and whether your device is unlocked or carrier-locked.

Historically, as noted earlier, Exynos models get updates ahead of Snapdragon variants, primarily because the latter are mostly sold in North America with carrier-locked status while the former are sold globally as unlocked devices.

In short, the fact that the Galaxy S9 Android 10 firmware has to go through T-Mobile for certification (and the addition of bloatware) is the reason you haven’t received the OTA while those on unlocked variants have. The story is the same for other carrier-branded S9 and S9+ models.

Apparently, the update will begin rolling out on AT&T and Verizon this February, which is when most S9 users will receive the new OS.

To give you a better idea of who has received it, below is a list of countries across the globe where the Galaxy S9 Android 10 update has been released based on reports by Redditors who have received the OTA and the available firmware (via SamFrew):

As it stands, countries like Argentina and Brazil can expect the update to arrive in April 2020, which is still a long way to go.

We will keep an eye on the developments around the S9 One UI 2.0 update rollout and update this article as and when the OS spreads out to more regions across the globe. Meanwhile, you may check out this post on how to install the S9 Android 10 update manually right now.

On the other hand, the OS is expected to arrive on Sprint variants this month before making its way to Canada in March 2020. Details here.

Folks in the LATAM region are also receiving the update to Android 10 on their Galaxy S9 and S9+ units. The update is arriving as build number DTA7 and bundles January 2020 security patch.

So far, wider rollout in the U.S. (carrier variants) and Canada is still in the waiting. Also, folks in Korea and China are still waiting for their One UI 2.0 update to arrive, perhaps before the end of this month.

Finally, owners of the Galaxy S9 and S9+ in Samsungs home country of South Korea are receiving the stable update to One UI 2.0. The OTA is arriving as build number DTAB and weighs in at over 1.7GB, tagging along January 2020 security patches.

Apart from Europe, folks in Southeast Asian countries like Thailand, the Philippines, and Indonesia as well as Australia are also receiving the new update.

T-Mobile and Sprint have started rolling out Android 10 to the Galaxy Note 9, S9 and S9+ as promised. Find the full details here and here, respectively.

The S9 is also receiving the One UI 2.0 OTA in Poland as build DTB4 and bundles the latest February security patch.

Pakistan is now receiving the Android 10 update on the Galaxy S9 and S9+ as build DTB4 and bundles the latest February security patches.

One UI for Samsung Galaxy S9/S9+ and Note 9 devices will be released on March 09 in Canada. Complete coverage here.

Samsung Galaxy S9 devices in Singapore are now getting the One UI 2.0 update.

Canada’s TELUS, Rogers and Fido will begin rolling out the stable One UI 2.0 update based on Android 10 to the Galaxy S9, S9+ and even the Note 9 as from today, March 9. Matter of fact, the update is already rolling out. See the full story here. 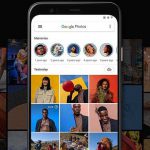