The wait is finally over! Samsung is rolling out the stable version of the Galaxy S9 Android 10 update that also brings the new One UI 2.0 customizations on top of AOSP in the U.S. and Europe.

For a minute we thought the update had been delayed following the release of January 2020 security patches a while ago. But Samsung kept pushing for a January 2020 release date.

Indeed, the Korean company has delivered on its promise, with the Galaxy S9 Android 10 update now rolling out in all of its stable glory for some users in Germany and the U.S.

In the former market, the update is arriving as version G960FXXU7DTAA on the standard S9 and version G965FXXU7DTAA on the Plus variant. The latter weighs in at 1767.70MB, and so should the former. Since January 2020 patches were already live, nothing changes on this front.

In the U.S., the update has been spotted on Xfinity Mobile. Where the S9 is receiving it as version G960USQU7DTA5, the S9+ is getting the same update as version G965USQU7DTA5. It weighs in at close to 2GB.

Like their German counterparts, the U.S. Galaxy S9 and S9+ also get their One UI 2.0 update bundled with January 2020 security patches. Interestingly, its T-Mobile that looked set to begin rolling out this update first, but it hasn’t arrived yet.

Just yesterday, we reported about the S9 One UI 2.0 update status on Verizon Wireless, where support claimed the software may come out first as beta and later in March the stable version will roll out.

How true this is remains to be seen, but with the rollout seemingly on, it wouldn’t surprise us if most Galaxy S9 and S9+ owners in various regions pick up the update throughout February, just like Canadians.

According to Samsung, the Verizon and AT&T variants of Galaxy S9 should receive the stable Android 10-based One UI 2.0 update in February. Details here.

Samsung is rolling out the stable build of Android 10-based One UI 2.0 to Galaxy S9 units in India. Beta participants are also receiving the same update. Take a look at this article to know more.

Using the captured incremental OTA zip or downloadable full firmware from Samsung server, the owners of Galaxy S9 can update to Android 10 without waiting. Details here. 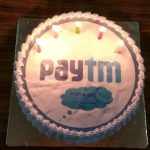