[Rolling out in Canada] Samsung Galaxy S9 Android 10 (One UI 2.0) update release date revealed (for Canada), Note 9 to get it on same date

Samsung is done rolling out the stable Android 10 update to the high-end Galaxy S10 and Galaxy Note 10 series. The two families of phones, as expected, were the first from the company to pick up the new OS and recently attention has turned to older models.

The Galaxy Note 9 already received its Android 10 stable update across Europe and India where the Exynos models are sold. It may take a couple or so weeks before the OS arrives on carrier models in the U.S. and Canada.

Matter of fact, a Samsung representative may have just revealed the expected release date of the Galaxy Note 9 Android 10 update in Canada.

It had been revealed before that the Snapdragon-powered Galaxy Note 9 and S9 would receive the stable Android 10 update in March 2020, something that is supposedly set to materialize, at least if the latest developments are to be believed.

While responding to a concerned Galaxy Note 9 user in the official Samsung (Canada) community, a company representative has claimed that the stable Android 10 update will arrive on February 24 not only on the Galaxy Note 9, but also the Galaxy S9 and S9+.

As it relates to S9/S9+ and Note9 the current schedule has the OS update being rolled out on Feb 24th.

It’s worth noting that software update release dates cannot be guaranteed. Anything can change somewhere along the way, but things seem to be on course following the recent rollout of the third One UI 2.0 beta update for U.S. unlocked Galaxy Note 9 and S9 handsets.

So far, none of the major Canadian carriers (Rogers, TELUS and Fido) that usually provide software update schedules for their devices have confirmed this information, probably because they usually provide weekly updates and February 24 is still several weeks away.

We will have our eyes on more related developments and let you know in case of any changes. Also, we will let you know when the stable Android 10 update arrives for your Galaxy Note 9 or S9 handset.

More regions across Europe and America now have their Galaxy S9 One UI 2.0 update timeline out there. Check out details here.

One UI 2.0 for Samsung Galaxy S9/S9+ and Note 9 devices will be released in Canada on March 09. Details here.

The stable One UI 2.0 update based on Android 10 is rolling out to the Galaxy Note 9, S9, and S9+ in Canada today, March 9. The update is available on TELUS, Rogers, and Fido. See the full story here. 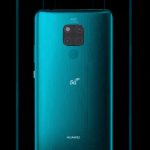 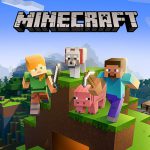