Samsung will soon begin rolling out the One UI 2.0 update based on Android 10 to the Galaxy Note 9, Galaxy S9 and Galaxy S9+ in the U.S.

Unlike the latter pair, though, the former has already been upgraded to Android 10 in markets outside North America, more so the ones that got the Exynos variant. The update first arrived on the last day of the year and has since been spreading gradually to other markets.

Not long ago, reports emerged suggesting the Galaxy Note 9 Android 10 update will begin rolling out in the U.S. as from next Monday, although Smart Switch users should be able to grab it this Sunday.

How true this is remains to be seen, but from the look of things, it seems the Galaxy S9 and Galaxy S9+ may also be joining the Galaxy Note 9 on the One UI 2.0 bandwagon when it arrives in the U.S.

On January 26, 2020, an Android software update will be released for Samsung Note, Galaxy S9, and Galaxy S9+ phones. As part of this update, you will no longer be able to access multi-line settings directly from your phone. You can continue to access multiple mobile numbers with the T-Mobile DIGITS app for Android and T-Mobile Visual Voicemail app.
Source

The Magenta carrier is lining up a software update for the Galaxy Note 9, S9, and S9+ on January 26, which is this Sunday. Although the above statement says nothing about the Galaxy S9 One UI 2.0 update, the FAQ section on the same page says it all.

Apparently, the transition to T-Mobile DIGITS app has everything to do with Android 10 and here is what T-Mobile has to say about it:

Q: What happens if I don’t take the Android Q software update? Am I able to continue using the multi-line settings?

Are you still doubting that the Galaxy S9 One UI 2.0 update arrives this coming week? Well, if this helps, Samsung Netherlands reportedly says it will begin rolling out the update on the final week of January too.

Samsung Netherlands says that updates will be pushed in the last week of the month.

Strange enough, Samsung seems to have started rolling out the Galaxy S9 January patch in the UK and Brazil. The former is receiving the update as build CTA2 while the latter’s build version is CTA3.

Of course, both updates are still based on Android Pie, but they are most likely the last Pie-based updates the device gets in the said regions.

More regions across Europe and America now have their Galaxy S9 One UI 2.0 update timeline out there. Check out details here.

The stable Android 10 update for Galaxy S9/S9+ is now rolling out in Europe and USA with January 2020 security patch. Take a look at this article to know more. 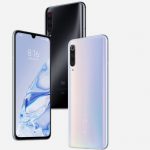 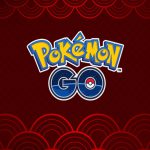