Soon after the arrival of Android 10/Android Q update, started the quest among compatible Android phone users for its arrival on their units. Time and again, we’ve been breaking the good news to users of different OEMs, and today the so]pot light is on the T-Mobile variants of Samsung Galaxy S9.

For a quick recall, Android 10 update first hit the Samsung Galaxy S9 devices last month in the US and Europe (unlocked variants) followed by India, and other regions. As for the US carrier locked model, taking the lead, AT&T was the first to release One UI 2.0 for Galaxy S9 devices in the beginning of this month.

Just a couple of days back, right in time, Verizon released One UI 2.0 for their S9 variants, leaving behind Sprint and T-Mobile. But the clock is already ticking for both T-Mobile and Sprint users as the carriers promised to serve the latest-and-the-greatest Android 10 to S9 devices on Feb 24 and 23 respectively.

And it looks like, living by their words, T-Mobile has in fact already pushed One UI 2.0 to Galaxy S9. Well, at least that’s what the support is saying, though the official device-specific page hasn’t been updated with this information as yet.

The good news came from T-Mobile help while reverting back to one of the inquirers on Twitter, and here’s what they said:

I show that Android 10 was released today for the S9. However, software updates are rolled out to phones in batches. So you’ll want to keep an eye on your device settings to see when the software update is available for your phone! While support says the update is out already and will take time to hit all units due to phased rollout, we haven’t yet bumped into any reports from S9 users on the T-Mobile network claiming to have received the same. Though we’re keeping a continuous track of it.

FYI T-Mobile’s official software update page for Samsung Galaxy Note 9 is down as of writing this, which could be indicative of the arrival of One UI 2.0/Android 10 on the device, as the phone is supposed to receive Android 10 alongside Galaxy S9. 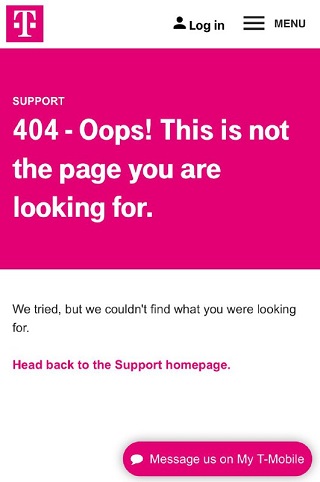 So embrace yourself, as you (Samsung Galaxy S9 and Note 9 users on T-Mobile network out there) may get to see the update notification pop up anytime now. Rest assured, we’re looking for user reports and will update this story as and when we bump into any. In case you have already received the update, drop a comment and let us know.

For more on Samsung, head here. For those tired of waiting, here’s how you can download the One UI 2.0 update on your T-Mobile/Sprint Galaxy S9 device.

Samsung Galaxy Note 9 users are now sharing the screenshots of the update notification. So yes, apart from S9, One UI 2.0 for T-Mobile variants of Galaxy Note 9 is rolling out.

It has now come to light that T-Mobile Android 10 update rollout for both Galaxy S9 and S9+ has now been halted. Head here for details.