OPPO will begin rolling out the global Reno2 F ColorOS 7 beta update based on Android 10 in March 2020. There is no confirmed date, but it’s in line with recent developments regarding many other OPPO smartphones.

The Chinese device maker announced ColorOS 7 in November last year alongside the devices that will be upgraded to the Android 10-based OS.

In the initial roadmap, the Reno 2 series featured heavily, with the standard model grabbing the limelight with its December 2019 release date for the ColorOS update. The Reno2 F and Reno2 Z were promised the same update in Q1 2020, but with no specific date.

The standard Reno2 has since picked up the beta update in multiple markets across the globe. The Reno2 Z, on the other hand, has been guaranteed an update to ColorOS 7 this coming month. And now it’s time for the Reno2 F to shine.

In a recently updated ColorOS 7 roadmap, the OPPO Reno2 and Reno2 Z were promised stable updates on March 10 and March 31, respectively. But details of the Reno2 F ColorOS 7 update were nowhere to be seen, at least until now.

According to the official ColorOS Global Twitter handle, the Reno 2F will be updated to Android 10 in March. However, unlike the Reno2, this will be the beta version.

OPPO has been quite random with the markets that receive ColorOS 7 beta updates. Granted, it’s nearly impossible to guess which countries will get the new update on the Reno2 F, although India is likely to feature.

OPPO has revealed that the Reno2 Z will receive an Android 10 update on March 16 while the Reno2 F and RX17 Pro aka R17 Pro will get it on March 27. The company also has some fresh details on its ColorOS 7 plans this coming Q2 2020. See the full details here. 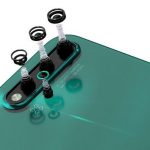 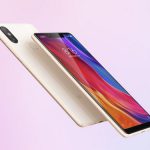