One Piece 970 raw scans are finally out and they are a little earlier this week. Things get more and more intense as we approach the end of Oden’s flashback. However, it seems like we will be enjoying one last flashback chapter after this one.

So in the previous chapter Oden snapped and decided to break his truce with Orochi. He marched with the Nine Red Scabbards towards Tokage port in Udon to cross the waters to Onigashima. To their surprise, Kaido and his army have been waiting for them by the entrance to Udon.

Kaido revealed that he would not want to make his new home a battlefield, so he decided to greet Oden and his in Udon where they planned to ambush them with their forces. Before the battle begins, Kaido and Oden were given a three-page exchange wherein Kaido revealed how he and Orochi made Oden a fool.

One Piece 970 raw scans revealed that Oden confronted Kaido possibly about the deal Orochi made with him five years ago to be a lie. Kaido then confirms that if Oden and Hyogoro teamed up then, Kaido and Orochi would surely be beaten. This is probably why Kaido held Hyogoro as a prisoner while his wife and underlings were killed.

Many fans would say Oda made Oden’s character stupid by falling into that trap set by Orochi and Kaido. This argument somehow makes sense especially knowing Oden’s character as stressed by Kaido. However, Oden also had the citizens of Wano in mind to protect from imminent harm.

Kaido’s reason for delaying the fight between him and Oden somehow implies that Kaido was not yet as strong as he is now probably. His main reason was that they had not enough men to overpower Oden and his scabbards. The events that follow would make us doubt Kaido’s inevitability even more.

With no further ado, Oden charged towards Kaido breaking through a barricade of his 1,000 men, followed by his vassals. The battle was surely fierce even if we only saw part of it. We can just imagine how strong the Nine Red Scabbards were defeating almost every opponent they faced except for when it came to King and Queen.

If given the chance, I think the Nine Red Scabbards would be enough to defeat Kaido’s commanders even at the present timeline. In the middle of the battle, the 11th ally arrives in the form of a young kunoichi, Shinobu. As it turns out, Shinobu has been previously acquainted with Oden as she served the Kozuki family under Sukiyaki.

Shinobu’s presence saved Oden and greatly enhanced their gang’s battle power. This allowed Oden to charge directly towards Kaido, the only man who’s head he came to take. With five-year-long rage and immense will power, Oden landed a serious strike causing Kaido’s x scar by his right side.

One Piece 970 raw scans shows that Kaido was obviously overpowered by Oden at that moment. However, it could be that Kaido is weaker in his full dragon form. Whichever the case is, I think Oden still stood a chance and was probably evenly matched with Kaido. Besides his legendary swords are only legendary because of the wielder.

A victory was almost in sight. It was so until old hag Kurozumi Higurashi tricked Oden by transforming into Momonosuke. Again, fans are raged because Oden was tricked easily. But we have to understand that Oden is a father and has a natural instinct of protecting his children, especially the heir to the shogunate.

As Oden’s attention was distracted with the fake Momonosuke’s appearance, Kaido took the chance and hit Oden with his possibly strongest strike. This concluded the whole battle as Oden was unable to move after.

Naturally, the whole gang was taken in as prisoners of war. They were accused of plotting against the shogun. And with Oden’s currently stained reputation, it was easy for the citizens of Wano to believe they were in the wrong. Some thought otherwise, but still believes it was already too late.

Now Oden and the Nine Red Scabbards sit in prison awaiting their execution in three days by being boiled in a pot alive. 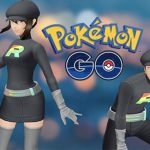 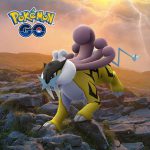