Samsung is rolling out a new Galaxy S9 Android 10 update (Exynos variant) as the sixth installment in the ongoing One UI 2.0 beta program. The update is arriving over the air and still carries the same January security patch but with some icing on the cake.

The Exynos variants of the Galaxy S9 and S9+ picked up their One UI 2.0 beta 4 updates in late December 2019. Not long after, Samsung rolled out another update with a couple of bug fixes.

Today, a new update is arriving as One UI 2.0 beta 6 and like others before it, it brings a bunch of bug fixes alongside a new Samsung Camera app version 10.0.01.49 for both the S9 devices. The OTA is arriving as build number ZTA9 and weighs in at 116MB.

Below is a summary of the bug fixes and changes the latest Galaxy S9 Android 10 beta 6 update brings:

Below are the download links for the latest build ZTA9 for both the S9 and S9+ for those who want to install it manually.

This same One UI 2.0 beta 6 is also rolling out to Galaxy S9 and S9+ beta testers in Korea. The build number is the same and so is a larger part of the changelog, with Korea getting none of that MVNO treat.

Not long ago, U.S. unlocked and carrier variants of the Galaxy S9 and S9+ stopped by the Wi-Fi Alliance for Android 10 certification. They got approved, which means its only a matter of time before the stable version arrives.

For folks in Canada, the wait for the stable Galaxy S9 Android 10 update could go all the way to February 24, but there is never any guarantee with software update release dates. Matter of fact, we’ve had previous reports say that the Snapdragon variants of the S9 will pick up One UI 2.0 updates in March 2020.

NOTE: This article has been updated (on January 15, 2020) to include the download links for the new firmware. The original story was done on January 14, 2020 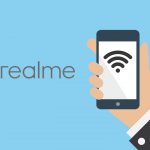