Android 10 made its debut for the regular users around four months ago. Google has astonished everybody by not following the regular custom of naming the major OS iteration after a dessert. Obviously, Google Pixel series got its first taste over the air.

Being a Samsung user, you know the company has shifted their top end devices to a new interface named One UI. However, flagships from the previous year (S9 and Note9) is still waiting for Android 10 public update notification to flash on the screen.

When it comes to Galaxy S9, the company started testing One UI 2.0 in November. Moreover, the third beta build surprised even the loyal fan following due to the January security patch it brought to the table.

Asking about the next iteration yesterday, Beta Operations Manager on the official Korean forum replied that it is in the pipeline. But, guess what? The Exynos variant has started picking up the OTA overhaul already.

As you can see above, it carries the same security patch, but even so, bumped the version from ZSL9 to ZSLC. Already signed up for the beta program? You should receive the update pretty soon. Those who want to flash the build can use the download links given below (S9 is incoming).

A day after rolling out beta 4, Samsung has released a comparatively minor hotfix update. You can read the whole story here.

Note:- Don’t forget to have a look at our Samsung section for similar stories. 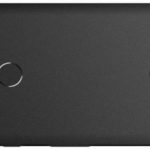 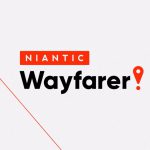