The Google Pixel software offers one of the best experiences on any Android device. Whether it’s fluidity, some nifty exclusive features or the timely updates, both security patches and major OS upgrades, it’s one of the best, if not the best out there.

But from time to time, the Pixel software experiences bugs that can be hard to wrap our heads around, especially coming from a company that is supposed to be the best at software.

Talk of things like the latest Google Assistant issues after December update, Google Search bug on home page, Pixel Launcher crashing, the “Downloading” notification bug, and the other one where some Google Pixels have a random letter stuck on the screen, among others.

During the days of Android Q beta testing, some Pixel owners also reported another strange bug that caused the phones to restart immediately after you revoke USB debugging authorizations in the Developer options.

The major reasons for enabling USB debugging on an Android device are to sideload non-Play Store apps using a PC, install custom ROMs, or even recover bricked devices.

Google thought it addressed the issue with the update to Android Q beta 3.

While this seemed to have been the case since then, the issue has once again popped up for someone using the Google Pixel 3a, Pixel 2, and probably more Pixels.

This was reported and marked as fixed before. But I found that it still happens on my device, if I haven’t turned on USB debugging since last reboot. If I turn on USB debugging and then turn it off, revoking USB debugging won’t cause system to crash (until next reboot).
Source

Hot reboot (?) when trying to revoke ADB authorization (December patch). Anyone? from GooglePixel

As noted at the beginning, Google Pixel software can be full of strange bugs and this one right here is one of those. Apparently, someone claims turning the USB debugging option on and off fixes the issue, but of course, this isn’t the fix everyone wants.

Apparently, the issue has been passed on to the development team and is probably looking into it, so we can expect a permanent solution in the coming days or weeks for that matter. 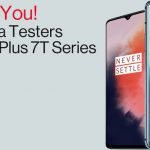