Google recently released the December security update to its line of Pixel phones. The update, besides the new patch, also brought support for gestures in third-party launchers like Nova and Lawnchair.

For some reason, though, the Google Pixel and Pixel XL from 2016 didn’t get this functionality, meaning the best way to enjoy Android 10 gestures on the OG models is via the Pixel Launcher.

Besides the lack of gesture support in third-party launchers installed on the original Pixel phones, the December update seems to have also triggered a series of issues on multiple Pixel phones and not just the 2016 models.

PiunikaWeb readers will have already come across reports of Google Pixel 4 on Sprint experiencing LTE data/roaming issues, the random letter/text stuck on the screen of some Pixels, the “Downloading” notification bug, Pixel Launcher crashing, and so on.

We have also documented the delayed December update for some Pixel phones, something that might turn out a boon for affected units in the wake of the latest bug.

Apparently, owners of multiple devices ranging from the latest Google Pixel 4 to the oldest of them all, the Pixel and Pixel XL, are experiencing a strange Google Search bug.

Anyone else have an issue with Google Search on the home page? Sometimes it opens up and allows me to type but won’t submit, I can type but can’t actually search. If I close and re-open it works. I have noticed when the search screen loads, it leaves about 5mm at the top unloaded (showing my background). Any ideas how to resolve it?
Source

As per reports, the Google Search app won’t let Pixel owners proceed with their search even though it does permit them to enter their query. Closing the Search app and re-opening it fixes the issue, but this is becoming annoying for plenty out there.

I experience the same issue, the only fix I’ve found is waiting a few extra seconds to click the search box after flipping to the home screen.
Source

I had this bug on my old Pixel 3 and I have it on my Pixel 4 XL as well. I have tried everything to fix it.
Source

Google hasn’t responded so far, but we do hope for an acknowledgment statement sooner than later. This is especially since the issue doesn’t seem to be a Google Pixel thing, but some Samsung Galaxy S10 units are also affected.

In fact, a certain Galaxy S10 owner highlighted this issue back when the device was testing One UI 2.0 beta, but it seems the issue is still here even with the stable update to Android 10.

Interestingly, someone else says they’ve had this bug since their Nexus days, but either way, we still expect a fix to come out pretty soon. We will keep an eye on the story and update this post as and when we get news. 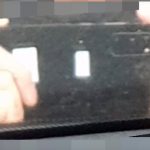 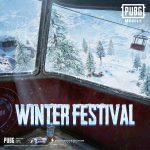