The original Google Pixel and Pixel XL are the first from the company to run on four different Android operating systems officially.

The duo launched with Android Nougat out of the box and has since picked up updates to Android Oreo, Android Pie and more recently – and to many people’s surprise – Android 10.

Google rolled out Android 10 stable bundled with the September security patch. At the time, the official Google Pixel update schedule pegged the final software update for the 2016 models at October 2019. In a surprising turn of events, the search giant went ahead and pushed November security patches to the Pixel and Pixel XL, essentially becoming the final update for the device. But no, Google still had other ideas.

In a statement to Android Police, Google promised to push yet another software update to the OG Pixels in December, this time the final one, for real.

Well, December is here and the promised Google Pixel update is now rolling out. Besides the updated December security patch, the new firmware also improves performance and optimizes the system stability. But unlike the same December update heading out to other Google Pixel phones, the OG models won’t receive the much-awaited full gesture support in third-party launchers.

Third Party Launcher gestures are still broken on the first generation Pixel and Pixel XL. This was the final update so it’s probably safe to say we won’t be getting a fix.
Source

The update is not only available to the unlocked models, but also on Verizon Wireless. The OTA is coming in as version QP1A.191005.007.A3 for both the standard and XL models. You can find the factory images here.

The December security patch broke gestures on my Pixel 2 XL. When I updated to the December security patch, everything went fine and my phone updated successfully. Yet once I actually got to using my phone, it kept saying “Pixel launcher has stopped” over and over again. Force quitting it doesn’t work and neither does using a different launcher. The fix I found was to switch off of fully gestural navigation back to 3 button. Would there be any other way to fix this? Is anyone else having these issues?
Source

New update is breaking Gesture mode. Just got an update to my 3XL and after I restarted the phone all I got was launcher stopped working and could not do anything. I managed to get to the settings in between closing the pop up window and changed to 2 button nav and it’s working. As Soon As I go back to full gesture it gives me FC pop up. A reboot didn’t fix it.
Source

For now, the issue doesn’t seem widespread and we hope it isn’t, so let us know if you are also experiencing it in the comments section below. 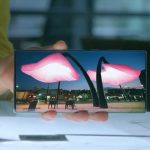