Samsung last week opened the One UI 2.0 beta program that brought Android 10 operating system to owners of the Galaxy S9 and Galaxy S9+ in South Korea and India.

The S9 duo picked up the One UI 2.0 beta update a week after the Galaxy Note 9 got it. For those not in the know-how, the stable version is already available for the Galaxy S10 series and even some Galaxy Note 10 units.

Given that the other devices in the One UI 2.0 beta program receive weekly updates, one would expect that the Galaxy S9 and S9+ should be receiving their second Android 10 beta update about this time.

There are various problems now. I saw a lot of problems in use. Should I use it as it is? Is there any patch beta firmware?
Source

But according to Samsung, the second Galaxy S9 One UI 2.0 beta update can be expected to arrive early next week. Whether this is the update that will add full gesture support to third-party launchers is something we should find out then.

While some markets will receive the stable Android 10 update on the Galaxy S9 and S9+ in January 2020, others will have to wait until February 2020.

No Android 10 beta plans for Galaxy A series

With all Samsung flagship phones that are eligible for Android 10 now well into the One UI 2.0 beta program, fans of the mid-range Galaxy A series now want to know if devices like the Galaxy A50 will be considered to try the beta version ahead of stable rollout.

Well, Samsung notes that there are no One UI 2.0 beta plans for not just the Galaxy A50, but the entire Galaxy A series. Still, most, if not all devices in the revamped Galaxy A series should be upgraded to Android 10 at some point.

We’ve seen how Samsung has become prolific with matters of security updates, even beating Google to the line on several occasions. One device that has featured most, including picking up the latest December security patch ahead of many others, is the Galaxy A50.

But for some reason, the provided Samsung Android 10 roadmaps suggest the Galaxy A50 will get the update in April or May 2020. We will have to wait and see if this materializes. Until then, stay tuned to our Samsung and Android 10 sections for related coverage. 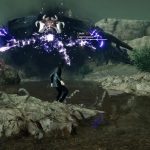 [Fixed] Square Enix uncertain when or if Final Fantasy XV save bug on Google Stadia will be fixed, suggests workaround 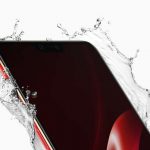