Samsung has been working on their One UI 2.0 skin that is based on Android 10 for months now. The update has been in beta for both the Galaxy Note 10 and the Galaxy S10 for several months now with all indications that the final build was really close to launching.

How close? Well, it is already available for Exynos Galaxy S10 in some regions. And now, owners of the Galaxy Note 10 (SM-N970W) in Canada are reporting receiving a sizeable 2 GB update and guess what, it is stable Android 10, complete with One UI 2.0!

The surprising update that comes with build number BSKO comes with the latest December 2019 Android security patch update. Albeit the Canadian edition is based on Snapdragon chipset, the numbering scheme is same as the Exynos Galaxy S10 Android 10 update.

It is also worth noting that a few days ago, Samsung rolled out the December 2019 Android Security patch update to the Note 10. We saw this as a precursor to the eventual roll out of the stable build of Android 10, as the December update did not carry any new system improvements or bug fixes.

Many other users who fit the above parameters are reporting no update on their devices which begs the question, Did Samsung accidentally push out the update? Possibly, as there is no prior beta for the Canadian variant.

We think not. Lately, the company has been doing an exemplary job at pushing out updates. Samsung is among the few OEMs to have pushed the December Monthy security patch update to its devices, even ahead of Google.

Also, as has been the case with any OTA, these updates are often rolled out in phases. As such, Note 10 users should be on the lookout for the said update.

But even if it does not show up immediately, Samsung did promise the update in Q1 of 2020. That is barely a month away. However, if Samsung is planning to over-deliver and push out the update ahead of schedule, that is a huge plus for Samsung.

Stay tuned to our dedicated Samsung section for updates on Android 10 rollout and much more Samsung content. 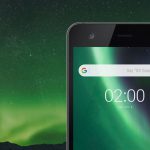