The back story of Oden and his adventures in the One Piece world is starting to unfold. A story of his life in Wano is about to end, and his journey at the sea is about to begin. This is at least one of our expectations from the One Piece chapter 964.

In the previous chapter, Oden finally met people from the outside world. Meeting the fabled minks and a fishman made Oden realize how much he is missing. And when he saw pirates land on the shore, he spared no hesitation in accomplishing his goals. He boldly asked to be admitted to that pirate ship.

Oden leaves the country of Wano

When Oden attacked Whitebeard, he expressed his desire to be part of his crew. Perhaps, Oden would have joined any pirate crew just to get out of his country. His impulsive attack may have been a way to show Whitebeard that he is a capable warrior. It’s just like he is saying, here is my resume, hire me. We know from history that Oden eventually joined the Whitebeard pirates. This would most probably be one of the scenes in the upcoming chapter. It is inevitable that he will leave the country. What we might see is how some people would be disappointed in his decision.

Among others, Kozuki Sukiyaki and Yasuie will surely be disappointed. Moreover, some of his constituents might lose faith in him. And this is what Orochi might use to lull the people against Oden.

Other than Oden leaving Wano, we can expect to see the Shogun’s untimely death. In the previous chapter, it was stated that Oden’s visit to his father would be their last conversation. There could be many reasons for Sukiyaki’s death.

My theory is, his death is among Orochi’s plot to dethrone the Kozuki family. In chapter 963, we saw Orochi working for the shogun. Oden might have something to do with it since he pities Orochi. Orochi seems to be working close to the shogun. And if Oden recommended him, Sukiyaki would trust Orochi.

This would be a perfect chance for Orochi. My theory is he will administer small amounts of poison to the shogun’s food. This would make him sick over time making it look like a natural cause of death.

Orochi clearly had risen ranks from the last time we saw him. In Yasuie’ house, he was a lowly servant. But in the shogun’s palace, his garment was more formal. His clothing seems to indicate a rank in the palace. Through politicizing, he might increase in ranks.

Orochi may seem stupid, but his cunning mind is brilliant. He may have personal intimate conversation with Sukiyaki, gaining the shogun’s trust. Because Orochi is smart, the shogun may make him one of his advisers.

When Sukiyaki dies, Orochi might then use politics to turn the people in his favor. And if anything goes south, he may already have Kaido as his backer.

These details might be confirmed in the One Piece chapter 964. The upcoming chapter is scheduled to be released on December 1, 2019. Few days before that, we can expect spoilers to spread. To keep yourself updated, follow piunikaweb.com. 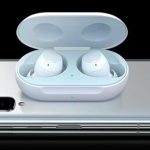 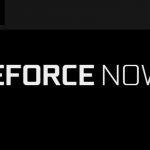