After a week-long break from the manga, One Piece chapter 962 is now on its way. The story of Oden’s past is getting more hyped with every chapter. The next chapter should reveal more about the past of Wano and it came to be what it is today.

It truly is exciting to finally see Oden in action. Denjiro’s appearance has also been a hot topic of discussion for many fans. But before we jump back to the action, let us have a brief review of the previous chapters.

In chapter 960, Oden’s story began. While still a suckling child at age zero, Oden threw his wet nurse to the ground. By age two Oden was agile enough to catch two hares at the same time. At age four Oden dropped a boulder to a bear killing it. When Oden turned six he wasted the palace’s money in the pleasure halls.

When Oden was eight he was already gambling and started drinking alcohol. He even got himself into a fight with other gamblers. By nine years of age he was on the yakuza blacklist and was forbidden to enter the gambling den. As revenge, Oden burned the den and was imprisoned at the age of ten.

When Oden was sent to the quarry for rehabilitation, Oden developed his talent as a stone mason. When he was fourteen, Oden displayed inclination to flee the country. At age fifteen, Oden kidnapped women from the capital to form his own harem.

The secluded country of Wano is not only rich in resources, but in tradition and ancient creatures as well. In chapter 960, Kinemon acquired a white pig which he stole from three men dining at Tsuro’s tea house. The rare white pig is supposed to cost a fortune, and Kinemon intended to take the money for himself.

In chapter 961, Oden came to rescue the capital by slicing the giant boar with his two-sword technique. Kinemon was about to announce his fault in the incident but was stopped by Oden. Oden was already blamed by the townsfolk due to his infamous acts.

Because of the incident, Oden was not only disowned but was also banished from the capital. It was however an achievement in Oden’s view as he said the capital is no longer able to contain him. He then decided to go to Hakumai and meet with Yasuie, the daimyo of that region.

Kinemon and Denjiro were both amazed and grateful to Oden for saving them. They decided to follow Oden and they became his first retainers. Upon their arrival to Yasuie’s house, they were met by a servant named Orochi.

It sure was a surprise to many to see Orochi as a servant. This makes the story more exciting. We sould expect the following chapters to reveal how Orochi became the villain. One Piece chapter 962 is scheduled to be released on November 18, Monday on the weekly issue of Shonen Jump. 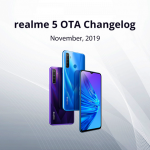