The Galaxy Fold is one of Samsung’s most controversial devices, the other being the Galaxy Note 7 that we both are familiar with. The Fold was first unveiled in February 2019, but its availability had to wait for months due to quality concerns that befell the initial units.

Soon after early review units shipped to renowned tech reviewers, they started experiencing issues that caused the Fold to malfunction. Expectedly, Samsung recalled the affected units and subsequently suspended the impending launch in order to go back to the drawing board.

After fixing the issues in the first units, Samsung brought back the Galaxy Fold into the market and given no concerns have been raised thus far, it seems the Fold is doing pretty fine.

To make it even better, Samsung has pledged to provide monthly security updates that may or may not address several software-related issues that pop up from time to time as well as improve the performance of existing features.

In the latest update that is targeting the LTE variant, Samsung is rolling out this month’s Android security patch dated November 1, 2019. The update is arriving as software version F900FXXS2ASK1, up from version F900FXXU1ASJ4 that brought October patches, new features and enhancements.

So far, the incoming Galaxy Fold November update has been spotted in France, where the previous October update was released about three weeks ago. The base OS remains at Android Pie, but the Fold is among the devices expected to receive the One UI 2.0 update based on Android 10.

As of this writing, though, the official software update tracker for this region hasn’t been updated to reflect the latest Galaxy Fold November update, but it shouldn’t be long before its updated.

The Galaxy Fold November update arrives at a time when other Samsung devices have already picked up this very update, among them the Galaxy Note 9, Galaxy Tab S6, Galaxy S9, Galaxy Note 10, and Galaxy A50, and so on.

It may take several days before all Galaxy Fold units get the notification to download this latest update, so don’t freak out if someone else already got it and your Fold hasn’t.

NOTE: For more Samsung-related coverage, check out this section. If interested in Android 10/One UI 2.0 stuff, we have a dedicated section here. 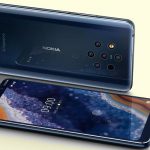