When we talk about having improvement among smartphone OEMs, Samsung has certainly brushed up when it comes to delivering security updates for its devices.

The Korean OEM has recently pushed in the November security patch for its Galaxy S10 lineup (even before Google!). Not only this, but a few older devices have also grabbed the latest patchset.

And in a recent development, two more Samsung devices are receiving new security updates. Notably, Galaxy A70s is getting the October security patch that brings along some new features like Link to Windows, type-C headset support, Bixby Side Key function and more.

While the Galaxy Tab S6 is getting the latest November 2019 security update. Though the update is live only in Korea at this moment but is expected to roll out for other regions, eventually.

Let us take look at the updates on both the devices, one by one:

One of the latest addition to Samsung’s ever-growing mid-range segment is the Galaxy A70s. It was launched recently in September 2019 and packs in features like Snapdragon 675, 6/8 GB of RAM, a 4,500 mAh battery, triple (64+8+5 MP) camera at the back and an under-display fingerprint scanner. • Bixby Side key Function is supported
• Type-C Headset is supported
• The Link to Windows feature has been added.
– You can easily access photos, messages, and notifications from your phone on your PC, and a screen mirroring feature is also provided.
– This feature is available through the Link to Windows in the quick panel or Settings.
* After updating, the Your Phone Companion app icon may disappear.

Notably, the main highlighting feature of this update i.e. ‘Link to Windows’ allows the user to sync their Galaxy device to the PC for receiving messages, app notifications, photos, and other phone functions directly from the desktop.

Galaxy Tab S6 which was launched in August 2019, is getting the latest November security update. The update is still based on Android 9 Pie and carries version number ASK2. Keep in mind that the update is currently live only for Korean users. Moreover, the official update tracker is also not yet updated. You can check out the image below: 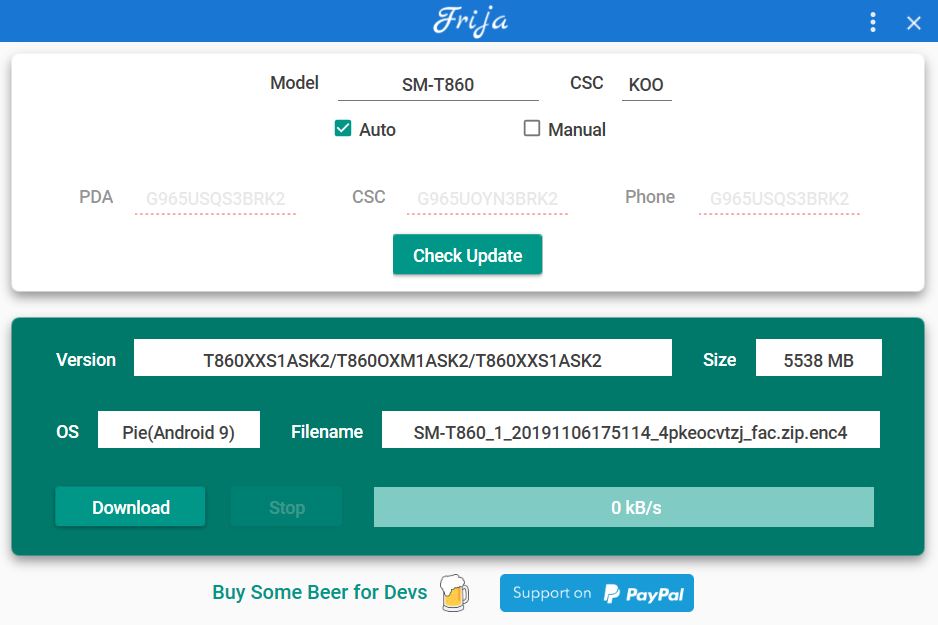 The update grabbed from Frija weighs in about 5.5 GB in size for which we would recommend downloading it using a stable internet connection.