Pushing out security updates is one of the most important after-sales services any OEM could provide. In this department, Nokia is a name to follow. Though when it comes to Samsung, the company does not carry a good track record in this domain.

But this year it has been an altogether different picture. Samsung is one of the first OEMs (probably the first) that pushed in the latest November security updates for its flagship Galaxy S10 series.

And in a recent development, both Nokia and Samsung have pushed in new security updates for their devices. Notably, Nokia 3 gets the October security update while the US model (SM-A505U1) of Galaxy A50 is being served with the latest November security patch.

Nokia 3 was launched in 2017 and is powered by the MediaTek MT6737 processor and paired with 2 GB of RAM. It offers 16 GB of internal storage. You get a single 8 MP camera at the front and back and it sports a 2,630 mAh battery. Talking about the update, it has been pushed for various regions and carries build version V5.180. The OTA update weighs in about 563.9 MB in size. Below is the official changelog and the screenshot of the update:

Though the update is being pushed via OTA, you can download the update package file for manually sideloading it on your device from the below section:

Notably, Nokia 3 got its September update back in October which was just an incremental update and bumped up the patch level.

Samsung has been on a roll in pushing out updates for its devices and Galaxy A50 is one of those phones that has received timely security updates.

In fact, the October security update was served at the beginning of last month. Later on, the US variant picks up two consecutive updates i.e. ASI5 to ASJ2 (still October patch, but includes performance fix) and ASJ2 to ASJ3 (brings in November patch).

The update with build number ASJ2 carries the below changelog:

While the latest November update carries the build number ASJ3 and carries the below changelog for Galaxy A50:

The update is being pushed via OTA in batches and will take some time in hitting all the devices. Though you can manually check for it by heading to Settings>>About Device>>Download updates manually.

Note: You can check out our dedicated Nokia and Samsung sections for reading such more similar stories. 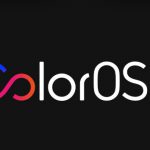