Samsung has been prolific with October security updates. The Korean company started rolling out the new patch to some of its devices ahead of Google, with the earliest arriving on the final day of last month.

Since then, Samsung has pushed the October security update to several other devices in the budget and premium segments, among them Galaxy J2 Core, Galaxy A20e, Galaxy Tab S4, Galaxy Note 9, Galaxy S10 and S10 5G.

The latest to get this same update are the Galaxy Note 10+ 5G and the Galaxy A50. These handsets are both sold in multiple markets including the U.S.

The European variant of the Galaxy A50 was the first Android smartphone to get the October security update and now the same update has arrived in the U.S. Unfortunately for Galaxy Note 10 5G users in the U.S., the incoming October patch has only been spotted in Europe.

The Galaxy Note 10 5G October update is arriving as version N976BXXU1ASJ2 and weighs in at 245MB, which means its more than just a monthly security patch. Below is the full changelog as provided by Samsung.

For those using the Galaxy A50 in the U.S. – the official variant – the October update is arriving as software version A505U1UES2ASI5. From the model number SM-A505U1, the new update is rolling out to all U.S. variants of the device, but carrier variants may take time to receive the OTA.

Even better is that going forward, the Galaxy A50 will join the premium Galaxy Note 10 and Galaxy S10 in receiving monthly security updates from Samsung, which is pretty impressive. The Galaxy Fold and Galaxy Xcover 4s will also receive monthly patches from now henceforth.

For those not in the know-how, Samsung has also confirmed that One UI 2.0 beta program based on Android 10 is coming soon in the U.S., Europe, and Korea. In the U.S., only those on T-Mobile, Sprint and U.S. unlocked models of the S10e, S10, and S10+ will be considered.

Unfortunately, no Galaxy Note 10 variant will get into the initial One UI 2.0 beta program, but we expect that at least the LTE variants will get the nod in the second Android 10 beta update. 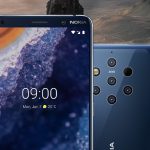 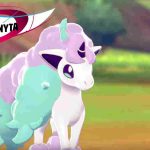