On the very day that Xiaomi started rolling out the first-ever global MIUI 11 update to the stable channel for Redmi 7A users, folks in India who had just purchased the Redmi 8 and Redmi 8A picked up their first software update.

The devices had just been unveiled in the country a while back as successors to the Redmi 7 and Redmi 7A and while they came out at a time when the MIUI 11 development was up and running, they had MIUI 10 preinstalled out of the box.

Not that we expected the duo to ship with the newer MIUI 11 preinstalled, but it would have definitely been a nice touch to what are already great pieces of hardware. On the flip side, it appears the wait for the global MIUI 11 update to hit both the Redmi 8 and Redmi 8A won’t take too long.

In an official post in the Mi forums, the company has confirmed that it is looking for beta testers to try the global MIUI 11 stable update on their Redmi 8, Redmi 8A, Redmi Note 8 and even the Redmi 7A.

The Redmi Note 8 Pro got its MIUI 11 stable update in China hours ago and now its the turn for the standard Note 8 to grab its piece of cake, albeit globally.

Xiaomi says interested beta testers must submit their desire to try the software by November 11 at 9:00 PM IST, but you can find more details about the program by joining the official beta testing group on Telegram via this link.

It’s worth noting that the Redmi Note 8, Redmi 8 and Redmi 8A were all slated to receive their MIUI 11 updates beginning November 13, which is still on course as long as all goes well during the beta testing phase.

We will keep an eye on the developments around the global MIUI 11 update for these three devices and bring you updates as and when we get them. If interested in MIUI 11 updates for other Xiaomi/Redmi devices, you may route to this section.

The MIUI 11 update is now officially available for the Redmi 8/8A duo in India. Details here. 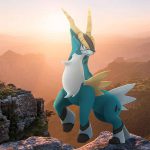