Xiaomi unveiled the Redmi Note 8 and Note 8 Pro in India and further revealed its official MIUI 11 update roadmap during the event.

The company said that MIUI 11 stable update will be rolled out in at least three phases. The first phase will begin receiving the update on October 22, with the likes of Poco F1, Redmi Note 7, Redmi K20, and Redmi 7 in the first stage. 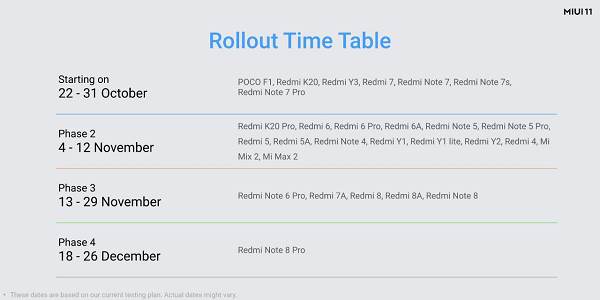 Looking at the screenshot above that contains the official MIUI 11 update roadmap as provided by Xiaomi, the Redmi 7A isn’t expected to receive the update until somewhere between November 13 and November 29.

But to our surprise, the device has already picked up the stable MIUI 11 update outside China. The update is arriving as version MIUI 11.0.2.0.PCMEUXM for the European variant and version 11.0.2.0.PCMMIXM for the rest of the globe. Both updates weigh in at about 650MB. 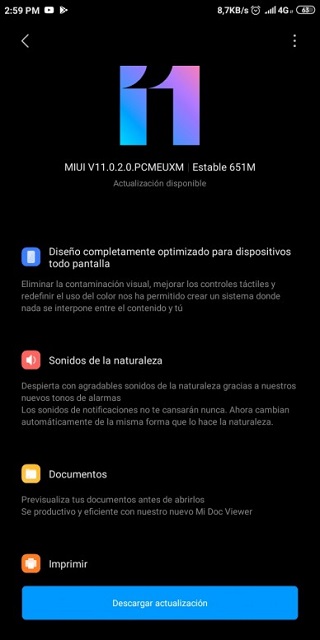 The OTA update has already stopped by Redmi 7A units in South America, Europe and we expect more regions to keep receiving the update as long as nothing goes wrong with the initial rollout.

If you can’t wait for the OTA, we have the links to download the recovery ROM for manual installation right below. Be sure that you are getting the right ROM for your specific model.

Lockscreen, status bar, Notification shade
– New: Use your fingerprint to open Home screen once you unlocked the device using face data and stayed on the Lock screen

Game speed booster
– New: Continuous swiping opens an additional menu in Game Turbo now
– New: Floating windows for incoming calls during games
– New: You can create a Home screen shortcut for Game Turbo now
– Optimization: You can open the gaming toolbox by swiping from the top side of the screen
– Optimization: Prompts about turning on Game Turbo
– Fix: Hands-free call duration wasn’t displayed correctly in Game Turbo
– Refreshed start page of Game Turbo
– Auto brightness, screenshot gestures, and Reading mode can be turned off automatically when Game Turbo is on
– A major upgrade for the toolbox in Game Turbo: autoplay and switching between data SIM cards are available now

Also picking up new software updates are the Redmi 8 and Redmi 8A. The duo is receiving its first firmware upgrade in India as well as another update for the Chinese variants.

The Redmi 8 in India is receiving MIUI 10 version 10.3.1.0.PCNINXM while the Redmi 8A’s update is version V10.3.1.0.PCPINXM. Both updates are based on Android 9 Pie and include system performance optimizations and system security and stability improvements. 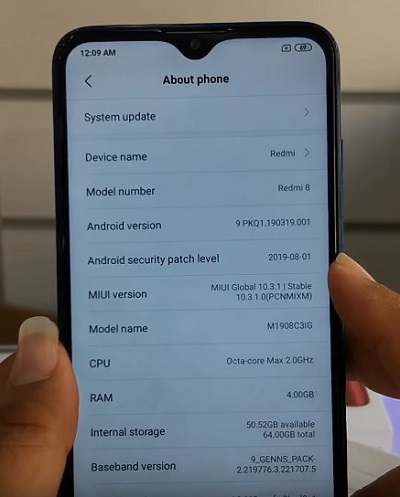 In China, the Redmi 8 and Redmi 8A are also receiving new MIUI 10 updates as versions V10.3.6.0.PCNCNXM and V10.3.4.0.PCPCNXM, respectively. The two have an identical changelog that addresses the Music app as shared below.

Optimization: The UI of the player is more simple and intuitive now
Optimization: Local songs and items in the favorites are arranged better now
Fix: We improved a couple of things and fixed some bugs

Next article Honor Band 5 is getting a new update, but woes continue