If you are the user of unlocked Galaxy S10 (SM-G97xU1) in the U.S. then, this piece of news might excite you as a new update is available for download. In fact, the update brings in Galaxy Note 10 specific camera features, DeX support and much more for the device.

Notably, similar updates have been already pushed by major U.S. carriers like T-Mobile, Sprint, AT&T and Verizon for the Galaxy S10 lineup. And finally, the unlocked variants are getting this update too.

Talking about some of the major features, it packs in Live Focus video (front and rear), AR Doodle (front and rear), front camera Night Mode and Samsung DeX for PC. Live focus video lets you capture the bokeh effect video as you would see on a high-end DSLR camera.

With the AR Doodle feature, you can create doodles and draw around you in realtime. And Samsung DeX lets you wirelessly connect your Galaxy device to your PC.

This new update carries version number G97xU1UEU2BSIP and weighs in approximately 1.5 GB in size. So, make sure that you are using a stable WiFi connection for downloading this update.

– Various camera features have been added and enhanced.
– Live focus, Live focus video, AR Doodle, Night, Super steady
· The Link to Windows feature has been added.
– You can easily access photos, messages, and notifications from your phone on your PC, and a screen mirroring feature is also provided.
– This feature is available through the Link to Windows in the quick panel or Settings.
· Video Editor has been improved.
· DeX for PC has been added.
· Dynamic Lock screen has been added.
– The wallpaper on your lock screen changes when you turn your screen off and on.
– New wallpaper images are updated every 2 weeks.

Note that the update is still based on Android 9 Pie, although Android 10 based One UI 2.0 is cooking. In fact, the these unlocked Galaxy S10 units received the October patch at the beginning of the last month though it was purely a security update.

Moreover, users on Reddit have also reported that they are receiving the updates on their Galaxy S10 with different connections: 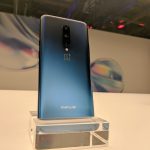 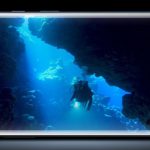