Being the 10th anniversary of Samsung’s flagship Galaxy S-series, the company did bring in a lot of new changes to the S10 lineup. First up, you now have three options i.e. S10e, S10, and S10+ to choose from in the Galaxy S10 lineup. Matter of fact, there is a 5G capable model as well.

Another notable design change was the inclusion of a punch-hole front camera compartment. I personally do not like the design and would prefer the bezel instead. However, the Galaxy S10 packs in some beefy specs under the hood.

You get the Snapdragon 855 processor or the equivalent Exynos 9820 in specific regions. 8/12 GB of RAM, triple camera setup and tons of other goodies. The Galaxy S10 lineup is sure one hell of a powerful series.

However, with the launch of the Galaxy Note 10 series, Samsung added a bunch of new software features. The lineup also saw some changes in the design department.

For instance, the AR Doodle, build-in video recorder, night mode with the front camera, Windows integration link, etc. are part of the One UI 1.5 in Galaxy Note 10. But, in a recent development, the Snapdragon-powered Galaxy S10 series in the US is reportedly getting all these Note 10 exclusive features.

This announcement has been done on the official website of Samsung. Not only this, the same update is being pushed by T-Mobile that also packs in the October 2019 security update.

Some other features that you will get with this update are the Live Focus mode (which is now also available for the front camera video recording), Super Steady mode, enhanced Gallery photo editor, Samsung DeX for PC and some improvements in Samsung Pass and Messaging app.

Moreover, according to Jiyoung Mun, an engineer at Samsung Electronics’ Mobile R&D Office:

At Samsung Electronics, we’re constantly exploring ways to offer Galaxy device users the best possible smartphone experience. And this software update is another part of that commitment.

To recall, the U.S. unlocked Galaxy S10 series did not get this feature-loaded update but, Sprint and Verizon variants of the Galaxy S10 have already got them backported.

The update carries the version number BSIO and weighs in about 654.56 MB in size. Below is the official changelog and the screenshot of the update:

• Video Editor has been improved.

• Dex for PC has been added.

• Dynamic Lock screen has been added.
– The wallpaper on your lock screen changes when you turn your screen off and on.
– New wallpaper images are updated every 2 weeks.

T-Mobile users on Reddit have also confirmed this piece of news and they are also receiving the Note 10 features along with October 2019 security patch.

However, when we checked the official T-Mobile update tracker, it was not yet updated. 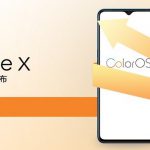