Samsung has already pushed the latest November 2019 security update to several devices. It started with the One UI 2.0 beta 2 for the Galaxy S10 series and the first Galaxy Note 10 One UI 2.0 beta update.

Soon after, Samsung started rolling out the new security patch to the Galaxy S10 models running Android Pie before spreading this love to the Galaxy Tab S4 slate. Both rollouts took place in Europe, where the company usually begins rolling out software updates before moving to other markets.

Today, the October security update has finally arrived on U.S. carrier models, with multiple carriers that include Verizon Wireless, AT&T and T-Mobile now rolling out the new software to their Galaxy S8 and S8+ units.

If you are on AT&T, the new Galaxy S8 October update is arriving as version G950USQS6DSJ3 while the Plus variant is receiving the same update as software version G955USQS6DSJ3. Like Verizon, the changelog only talks of the updated security patch level.

Folks on T-Mobile using the standard S8 will receive the October update as version G950USQU6DSJ3 while the S8+ will get it as version G955USQU6DSJ3. If you look keenly, the AT&T and T-Mo updates have the same software version contrary to Verizon, but that’s a non-issue here.

What is and will remain a point of contention for the foreseeable future is the lack of Android OS upgrades for Galaxy S8 and S8+ users. The incoming Galaxy S8 October update is based on Android Pie, the OS the device will remain on forever, at least officially.

But if the Galaxy S7 and S7 Edge are to be consulted, the Galaxy S8 and S8+ will continue to receive monthly security updates for probably another year from now or maybe even more, which is better than an OS upgrade that may end up slowing down the phone, IMO. 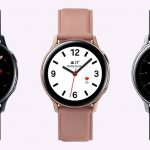