Essential recently teased its second-generation smartphone that should come to succeed the long-serving Essential Phone released in 2017, but details of when the phone will be released are still hazy.

At the moment, all we know is the phone is internally being developed as Project GEM, but no official name of what will be the Essential Phone 2 hasn’t been revealed yet.

The road has been quite bumpy for the OG model, but it has greatly been helped by the timely software updates it receives on a regular basis.

The Essential Phone was unveiled running Android 7.1 Nougat and quickly made the switch to Android Oreo and Android Pie at around the same time Google pushed the OS upgrades to its Pixel phones.

In a more recent case, the PH-1 got updated to Android 10 on the same day as Google Pixels, which is even better considering this was the third major OS upgrade for the handset. Since its arrival, though, quite a number of issues have popped up and more keep showing up.

Some early adopters of the beta version raised concerns about the update bricking the phone while others highligted the lock screen and VoLTE issues after the stable update arrived last month.

It is expected that the recent October security update ironed out some of these issues, but in what is an even more curious scenario, it appears that some users of the Essential Phone have up to date not received their Android 10 updates.

This is happening to those who purchased the Essential Phone through Sprint. Apparently, the carrier hasn’t rolled out Android 10 update to the PH-1 more than a month since the OS arrived on the unlocked models.

Still no Sprint Android 10 update almost middle October anyone has it yet. Anyone with Sprint side-loaded Android 10 any problems thinking about doing this myself. Thanks!
Source

You know what would be cool, the Android 10 update for my @essential from @sprint :)

What seems even more interesting is that the delayed Android 10 update isn’t just affecting Essential Phones sold directly through Sprint, but also unlocked models that have a Sprint SIM card inside.

@essential I have an unlocked PH-1 purchased from Amazon and used on Sprint network. I have yet to receive the Android 10 update. Who to contact for support? Thx.
Source

Unfortunately, Sprint support seems clueless up to this point, which means you are probably on your own.

But not so fast. Apparently, there is a quick fix to this issue. All you need is to replace the Sprint SIM card in your Essential Phone with another SIM card from a different carrier and the updates will start flowing in.

I just put in an old sim from another carrier and the updates were immediately available.
Source

So, if you havent received Android 10 update on your Sprint Essential Phone, you might want to try the above trick, at least until Sprint officially kicks off the OTA rollout God knows when.

We will keep an eye on the story and bring you updates as and when we get them. Stay tuned to our Essential, Sprint, and Android 10 sections.

Sprint is now rolling out the update to Android 10 for Essential Phone units. The update is arriving as version QP1A.190711.148 and besides Android 10-inspired tweaks like system-wide dark mode and gesture-based navigation, it also tags along the most recent October security patch.

Android 10 is here for Essential Phone users on the Sprint network! ⚡️ 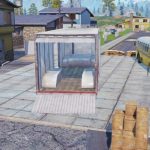