Xiaomi will roll out the stable MIUI 11 update to the Pocophone F1/Poco F1, Redmi K20/Mi 9T, Redmi Note 7 series and a bunch of other phones across the globe beginning next week.

For those who have been following MIUI 11 updates closely, you should know that the software is already rolling out to multiple Chinese variants, including the aforementioned Redmi K20 and Redmi Note 7 series as well as the Mi 9 SE, which is the subject of this post.

Xiaomi started rolling out the stable version of MIUI 11 a week or so ago and as usual, the rollout started from China and will spread out to other markets in the coming weeks. The Mi 9 SE already got the update, but like others, there was no change to the underlying Android OS version.

Not that the Mi 9 SE Android 10 update isn’t guaranteed, but Xiaomi is taking things a step at a time to avoid any grave issues that could result if it rushed two major software updates it has to deliver to the Mi 9 SE and others.

With MIUI 11 update now out of the way, at least for folks in China, the company has now commenced internal tests for the Mi 9 SE Android 10 update in the same market.

The incoming Mi 9 SE update, unlike the recent Android Q update that was sent out to the standard Mi 9 in China, is arriving with the newest MIUI 11 skin on top. But of course, the software is still in beta and not ready for use as a daily driver, hence the limited availability. The new MIUI 11 beta 9.10.16 weighs in at 2.5GB and besides tagging along all the goodness of Android 10, you also get an updated Android security patch level dated October 2019, the latest version available. Not long ago, the stable channel got August patches.

Once again, it’s worth noting that the incoming Mi 9 SE Android 10 update is an internal test build meant for limited users, but if you are into beta testing software regardless of how buggy it may be, we have the download link for this ROM below.

We will keep an eye on more Xiaomi/MIUI 11 and Android 10 developments and bring you updates as soon as we get them. 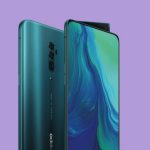 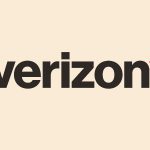