T-Mobile rolled out August security updates to the Galaxy S8 and Galaxy S8+ over a month ago. The updates brought along fixes to the QualPwn vulnerability besides bumping the devices to a new security patch.

Naturally, Galaxy S8 and S8+ owners on T-Mobile would be expected to receive an update with a newer Android security patch in their next software update, probably September or even a skip outright to October patches. However, T-Mobile has other ideas going on.

In a new update that is now rolling out to the Galaxy S8 (G950USQU6DSH8) and S8+ (G955USQU6DSH8) on T-Mobile, the carrier is sticking with the same August security patch, but there is a new feature on board with improved camera stability.

You are probably asking what’s new in the incoming T-Mobile Galaxy S8 update if the security patch level is still unchanged from the last August patch. Well, according to one Redditor, the update adds a QR code reader to the camera app and a charge animation.

I got it yesterday. A QR code scanner was implemented into camera app and there’s a charge animation after the update.
Source

And indeed a quick look at the official software update tracker for the T-Mobile Galaxy S8 and S8+ reveals a changelog that mentions the said QR code reader function alongside improved camera stability.

Again, it’s unclear why Samsung and T-Mobile would include the same security patch in the latest update. But to recall, the global units of the S8 and S8+ did receive two August security updates, only that one came to fix issues introduced by the other. Is the case similar at T-Mobile? Probably.

Samsung has already rolled out the newer September security update to the global Galaxy S8 and S8+ units. The update has already been picked up by Verizon Wireless, U.S. unlocked models, and even folks using the dual-SIM variants as well.

At this rate, it’s unknown when the T-Mobile Galaxy S8 and S8+ will be updated to the September security patch. The fact that October security patches are already rolling out to various Samsung devices makes it even more painful for S8 users.

The Galaxy S8 and S8+ won’t be receiving the official update to Android 10, so these security patches are the only software updates the devices will be receiving. Delivering them timely is going to be crucial going forward, but we all know what carriers can do to delay software updates. 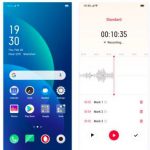