Discussing about a legacy (2017) flagship series may sound diabolical, but we at PiunikaWeb can’t help ourselves. Our readers should remember the article we published yesterday: it was all about the status of the long-anticipated Android Pie update on Sprint and T-Mobile branded Galaxy S8 Active.

The not-so-‘Active’ variants of the Galaxy S8 lineup, i.e. the Galaxy S8 and S8+, received August security patches a few days ago. First those updates arrived on the international Exynos powered units, and later the rollout got expanded to the US Snapdragon based models as well.

However, the optimization level of these builds, especially on the Exynos variant, is extremely poor as per user reports. Aside from typical quirkiness like slow app opening, bad thermal management and overall lag, someone actually ran some benchmarks and found serious performance degradations.

Matter of fact, Samsung delivered a similar botched-up update for the global Galaxy S10 family back in May. They pulled back the initial build and published a hotfix to correct the mess.

We speculated that the Korean OEM might opt for a similar stance, and they actually did so! After monitoring the Samsung update servers for a while, we are able to spot new builds that are ready to be pushed to global Galaxy S8/S8+ units across the globe in a staged manner. As you can see, the new build (DSHC) was compiled on September 5, merely a day ago. While retaining the August security patchset, there is no change in the bootloader version (v5) in this update. Nonetheless, the changelog is quite interesting.

– The stability of Camera has been improved.

They usually don’t mention anything about the security patch in the server side changelog of a generic build. Samsung presumbely prepared the new build as a proper substitute of the earlier (DSH5) version, thus regular users will eventually get it on their phones as the ‘true’ August update.

The build number is slightly different (DSHD) for the Galaxy S8+, but the changelogs are identical. You can either wait for the OTA to hit your phone, or you can use Frija to download the update manually and explore the improvements. Have you received this new OTA on your Galaxy S8/S8+ yet? Let us know by commenting below. 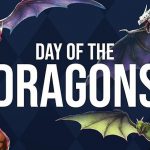 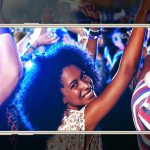