The controversial trade ban on Huawei forced them to release the Mate 30 lineup without any Google apps or services. Although this is not at all problematic inside China, the usability factor in international markets reduces to almost null because of the absence of fundamental Google programs, such as Play Store.

Talking about the Mate lineup, Huawei always try to come up with something new with this flagship series of phones. Their first 5G compatible smartphone is a derivation of the Mate 20 X.

Recently the whole Mate 10 lineup received a beta build from EMUI developer team in China. Curiously, it was not EMUI 10 as suspected by many users. Rather the testing version was based on Android Pie based EMUI 9.1.

Initially launched with Android Oreo, Huawei Mate 10 got the EMUI 9.1 update back in July, followed by a similar OTA for Huawei Mate 10 Pro. The update introduced July security patch, along with EROFS, GPU Turbo 3.0 and plenty of under-the-hood improvements.

Guess what? Days after the EMUI 10 beta recruitment and rollout for Mate 20 series, Huawei has kickstarted the same for Mate 10, Mate 10 Pro and Mate 10 Porsche Design. There is a catch though, as the existing EMUI 9.1 beta is mutually exclusive than this initiative.

Anyway, the model number and software version prerequisites as follows: Huawei already shared a potential list of incompatible applications under EMUI 10. Moreover, the initial beta builds may not suitable for being a daily driver, so take a backup of your data before signing up. The enrollment window is September 26 – October 7th, and the OEM is planning to announce the first list of 100 persons by September 30. Total intake capacity is 500 for the log variant and 1500 for the non-log variant.

For registration related queries, take a look at this thread. The actual announcement thread is here, in case you need to discuss further. 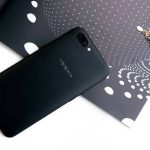 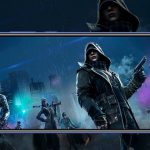