Huawei’s latest EMUI 9.1 (Android Pie) brings support for GPU Turbo 3.0, EROFS technology and ARK Compiler to enhance the overall performance of the OS. And as we highlighted in one of our recent news stories, starting July 20, EMUI 9.1 is being circulated on multiple Honor/Huawei phones.

While on some of the above-mentioned Huawei/Honor phones, EMUI 9.1 is already out, on others it will be pushed in the coming weeks. One such phone included in the list is Huawei Mate 10, EMUI 9.1 for which wasn’t rolled out at least until recently. However, that changes now.

Part of Huawei’s Mate lineup of devices, Mate 10, as you may know, is the Chinese OEM’s 2017 high-end phone fueled by a HiSilicon Kirin 970 processor. The phone landed with Android 8.0 Oreo and was bumped to Android Pie-based EMUI 9.0 later.

Cut to now. Huawei Mate 10 is receiving the latest EMUI 9.1 update at least in the European region. The information has been shared by some of the device holders on Reddit as well as XDA.

Going by the user shared information, the update bearing build number 9.1.0.300 is currently rolling out got the single SIM global variants (L09) of Huawei Mate 10. Following are some user shared images of the software update information screen: As is usually the case with firmware updates, they are rolled out in batches, EMUI 9.1 may also take time to make it to all Huawei Mate 10 devices. BTW the update is also listed on Firmware Finder. So one can download from there as well. But keep in mind, it’s not a straight forward process.

If you do not wish to get into things like bootloader unlocking, then you can wait patiently for the OTA to land on your unit. Sadly, we haven’t got hands on the update changelog yet. But we are looking for it and will update the story, as and when we get it.

NOTE: Huawei recently shared the EMUI 9.1 update progress on their devices, according to which the update has alraedy been pushed to 19 Huawei/Honor device. You can find the complete coverage here. And for more Huawei-related updates, news and bugs/issues, interested readers may head here. 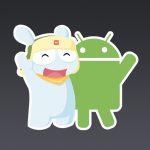