Credits to the huge lineup of Huawei devices, social media platforms are cluttered with ‘when will my phone get the EMUI 9 or 9.1 update’ queries. In fact, to help Huawei/Honor phone users who haven’t yet received the EMUI OTA, the OEM is holding a ‘Free EMUI Upgrade Campaign‘ in India.

That too irrespective of whether the device is in warranty or out of it.

One such Huawei device that qualifies for free EMUI upgrade is Honor Play. It’s the OEM’s 2018 high-end phone powered by Hisilicon Kirin 970. Originally shipped with Android 8.1 (Oreo) layered with EMUI 8.2, the phone was upgraded to Android Pie-based EMUI 9.0 in the beginning of this year.

And now it awaits the arrival of the latest EMUI 9.1. But the wait will finally be over in some hours, as the OEM plans to push EMUI 9.1 to Honor Play devices today. This information is coming from the horse’s mouth itself. Honor India revealed the good news while reverting back to a user on Twitter.

We would like to inform you that the OTA update of EMUI 9.1 Will be rolling out by 19th of July.

This corroborates with the information shared by a redditor, who got in touch with the support inquiring about EMUI 9.1 on Honor Play. They were told “regarding the EMUI 9.1 update to your device it is releasing through OTA on 19-Jul-2019 in your device.”

The actual build number is yet to be confirmed, as the EMUI 9.1 update on Honor Play hasn’t gone live yet (as of while writing this story). Rest assured, we’re keeping an active watch on the matter and will share more details as and when the promised update arrives on Honor Play devices.

Registration for EMUI 9.1 on Honor Play devices has begun on HiCare, confirms Honor India. In addition, the registered users will get the update by August 1.

You can register on HiCare app for EMUI 9.1 or you will get the update through OTA by the first of Aug’19.

The OTA update is now being rolled out in batches, says Honor India.

We would like to inform you that we have already started releasing the EMUI 9.1 update in small batches through OTA for all users.

We’ve now started seeing reports from Honor Play users that the EMUI 9.1 update is hitting their units. Here’s a screenshot shared by an Honor Play user: 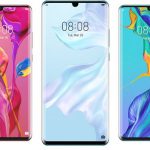