Samsung Galaxy Note 10 and Galaxy Note 10+ users are expected to begin publicly testing the new One UI 2.0 beta based on Android 10 this coming month of October.

There’s no official date yet and in fact, these reports aren’t coming straight from Samsung itself, but having been around Samsung devices for a while now, we don’t expect a drastically different proposition from Samsung when it makes things official.

For those using the Galaxy Note 10 (and Galaxy S10 for that matter) on T-Mobile in the U.S., you’ll be even more impressed to learn that Android 10 on these device has already entered the testing stage.

Whether this means T-Mobile will begin rolling out the stable version of the OS before the year ends is still anyone’s guess, but this should be the reason behind beginning tests this early.

As you wait for the update to Android 10 on your T-Mo Galaxy Note 10 or Note 10+, the Magenta carrier has something to keep you going. It comes in the shape of a minor software update with the latest September 2019 security patch.

Besides installing a new security update, the T-Mobile Galaxy Note 10 and Note 10+ updates also improve the quality of sound produced through wired earphones, so be sure to grab it if you still have your wired headphones around even after the Note 10 ditched the 3.5mm audio jack.

The update, like others before it, is arriving over the air and weighs 237MB, at least for the Note 10+. Typically, OTA updates may take several days to reach all units, so I wouldn’t be surprised if you haven’t received the download notification yet. Samsung has already released this same security patch to owners of the Galaxy Note 10 pair on AT&T and Verizon Wireless as well as the likes of Galaxy A7 2018, Tab S4 and Tab S3, Note 9, U.S. unlocked S10, and so on.

NOTE: We have created a dedicated section with all Samsung-related stuff here. If interested in more T-Mobile-specific coverage, check out this section. 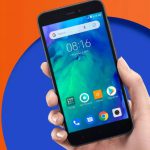