It’s pretty much absurd (sad?) that you are reading about Android 9 Pie updates when the stable update to Android 10 is already rolling out to the Google Pixels and Essential Phones of this world. But hey, it’s Samsung so no surprises either.

To be fair, though, there are reports that Samsung will begin testing One UI 2.0 based on Android 10 this coming month, but you’ll need a Galaxy S10e, Galaxy S10, Galaxy S10+, Galaxy Note 10 or Galaxy Note 10+ to make the cut, at least according to a report by Samsung-centric publication SamMobile.

The updated One UI 2.0 should bring the new Android 10 gestures and privacy features as well as a redesigned Quick Settings page. There are reports that the Galaxy S10 series will get a bunch of features that are currently exclusive to the Galaxy Note 10 with the upcoming One UI 2.0 update.

Features like Live Focus Video and integration with Microsoft’s Your Phone app have been talked up, but we expect even more changes to the One UI when version 2.0 arrives in a few weeks to come.

Unfortunately, we can’t give you any assurances that Samsung Galaxy Tab A (10.5) will also receive the One UI 2.0 update. Even if it does, the wait could take until later in 2020. What we can assure you right now, though, is that Verizon’s Galaxy Tab A (10.5) One UI update is rolling out.

The Big Red has updated its official software page to confirm the Galaxy Tab A One UI update and it arrives carrying version T597VVRU2BSH4, months after the Wi-Fi only variant received it.

Besides the Pie-based changes, you also get a ton of Samsung’s own changes from what you are used to seeing on Oreo’s Experience UI. A new security update for the month of August 2019 is also included, which is a little disappointing considering the September security patch has been here for quite some time now. Nonetheless, not many will be bothered by this since there’s One UI to toy around with.

Unlike the Galaxy Tab A One UI update that includes last months security patches, Verizon’s Galaxy Tab S3 is receiving the latest version for this month. The update is arriving as version T827VVRU3CSH4 and yea, it doesn’t bring much more than the updated patches. If you are on C Spire in the U.S., there’s an update for your Galaxy Tab S4 as well. This one, like the Tab S3, also installs the latest September security patch. It arrives as version T830XXU4BSI2, which implies it’s for the Wi-Fi only variant, but it shouldn’t be long before the LTE variant gets it too. The Galaxy Tab A One (10.5) UI update is airborne and so are the September security updates heading to the Galaxy Tab S4 and Tab S3. Granted, you may have to wait for a few days before your slate receives the OTA download notification.

If you can’t wait long enough, you may also try forcing the update to download manually via the devices’ Settings > About Device > Software updates and then download and install manually.

NOTE: We have more Samsung-related coverage on this page. You can also check out our Verizon-centric section for more interesting coverage. 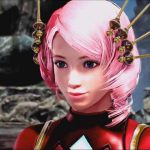 Tekken 8 Release Date : When the game is coming out ?