Samsung has received a lot of flak in the past, for poor and slow delivery of updates, be it security or firmware updates. However, this seems to change since the launch of the first flagships of this year, the Samsung Galaxy S series smartphones.

Since, their unveiling, Samsung has rolled out quite a few security as well as improvement updates to its various devices covering the old ones as well.  Looking at the Android security update cycle plan of Samsung, may of the older devices are also listed either under monthly or quarterly updates.

This is quite something we have not seen before from Samsung but, it might be due to the fact that other OEMs like OnePlus and Xiaomi, keeps updating their older generation smartphones at least with latest security patches.

Keeping up with this progress in the update department, the company has rolled out a new September security patch for the Samsung Galaxy A7 (2018). As previously discussed, A7 (2018) is under the quarterly security update cycle plan of Samsung and it is interesting to see that Samsung is now keeping it up with timely delivery of updates.

We previously also covered that the Sprint variant of the Galaxy A7 (2018) started receiving the September 2019 security update and now it seems that the update has been rolled out globally. Talking about the update, it carries the build number A750GUBS3BSI1 and is based on the Android 9 Pie. It bumps the Android security patch level to 2019-09-01. Below is the official changelog as well as the screenshot of the latest update:

Apart from the September security patch, the update does not seem to bring anything new to the device. However, like always, there will be some bug fixes and improvements as well.

The size of the update is not known but, we would recommend you using a stable mobile data or WiFi connection for downloading the update to avoid any issues. Note that the update will be rolled out in batches via OTA and will take some time in hitting all the devices.

But, you can always go ahead and manually check for the update on your device by going to Settings>>About Phone>>Software Update>>Check for updates. If the update is available in your region, you will get a notification and you can download the update by tapping on it. 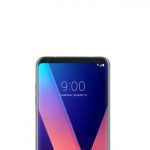 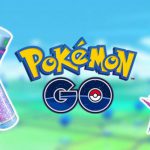