The title of the most recent chapter of One Piece holds true to its content. Entitled ‘Big News’, this chapter revealed information that shook the One Piece world and fans. From the presumed death of Sabo, to abolition of Warlord system, to the revelation of SWORD – the Marine’s top secret special force- we saw it all. The latter confirmed existing fan theory about X-Drake.

X-Drake was revealed to be the Captain of SWORD. Their ultimate mission is currently unknown and their existence is known to very few. Drake seems to have been assigned to infiltrate Kaido’s pirate group to monitor their movements.

In chapter 956, Koby was seen at a stretch of open sea on his way to Amazon Lily. With the Warlord system abolished, the marines deployed their forces to capture the Shichibukai. Koby’s assignment was to capture the Snake Princess Boa Hancock.

On the way, Koby received a phone call from X-Drake. The call was so private that he had to look for a spot where no one else could hear him talk. Before proceeding they exchanged code words to ensure their line was secured, much like the spy movies we see today.

Koby’s position in SWORD is unknown but he serves as Drake’s report channel. Here are X-Drake’s report to Koby. Some are unclear, so I’ll speculate on what they might be, based on their reactions. Kaido and his Army’s Battle Power

The first report may have included the number of Kaido’s army. In chapter 955, we learned that Kaido has around 30,000 strong soldiers. In the war at Marineford the Marines had 100,000 elite soldiers. So why was Koby alarmed?

As we already know, Kaido’s army are powered up with artificial devil fruits. This could have prompted Koby to express “We can’t keep up with it all! Even with all the sailors in the world”. Koby also said the Marines won’t be acting on it like they planned.

This confirms another fan theory that the Marines were joining the war at Wano.

X-Drake then continues his report saying it would be best if the Marines stay out of Wano’s affairs. Since Wano is not part of the World Government, the Marines don’t have the jurisdiction to interfere. But since it involves pirates, the Marines have to monitor the situation and act if necessary.

Koby responded that the Marines were hoping that the pirates will knock each other out. But the situation has again changed. X-Drake then reported that Kaido and Big Mom formed an alliance. This is something the Marines can’t tolerate. Remember when Shanks came to Whitebeard. The Marines kept track of their movements. A Yonko alliance could be the worst thing for the Marines. Their strongest men, with the Warlords on their side suffered a great loss against one Yonko, Whitebeard. Two Yonkos could be too much to handle for them.

This may prompt the Marines to act early before the Yonkos have enough power to topple the world government. Through this report by X-Drake, the theory of marines joining the war may still come to fruition.

It is interesting to note that X-Drake reported about Luffy’s current situation. If it is rooted on the Marine’s hope that pirates take down each other, Drake’s report should have included Kid and Killer. I don’t think it was out of sentiment due to Koby’s relationship to Luffy.

So why are they monitoring Luffy’s movements too? 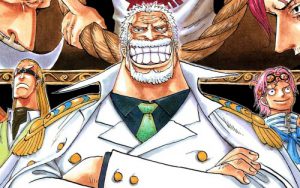 For one, it could be a directive from the Gorosei. Since Luffy’s big break out from Big Mom’s territory, the World Government can no longer ignore him. Luffy may pose a real threat to the Marines and the world government. But I think there is more to it than that.

Fujitora is also speculated to be a member of SWORD together with Garp being Koby’s direct supervisor. If their affiliation to SWORD is true, they could have something to do with Drake monitoring Luffy. They might be rooting for Luffy to once again help save a country.

Let me explain why.

Unlike in Alabasta, Luffy’s actions in saving Dressrosa were not covered. They were made known to the world. Fujitora witnessed it firsthand. He even bowed towards Luffy’s direction as they were departing and expressed gratitude. According to Fujitora, Luffy cleaned up the government’s mess.

Before the Reverie started, Garp was seen eating with other vice admirals. They just received the news about Big Mom’s journey towards Wano to seek vengance upon Luffy. Gion, a vice admiral asked Garp if he was worried about his grandson. Other vice admirals said they can’t believe Luffy has become a big figure. But Garo said not Big enough.

Could it be that Garp believes Luffy can take down the Yonkos and ultimately become the Pirate King? Luffy displayed characteristics that people who encountered Roger feel familiar. They see Roger in Luffy somehow. The same could be said for Garp. Roger treats Garp as his best friend and Garp may have felt the same. I believe Garp and Fujitora think of Luffy not only as a future threat to the World Government, but also a great asset for now in taking down their enemies.

Finally, X-Drake reported to have seen CPO in Wano. Koby was as puzzled as Drake was when he first saw them in the Capital. Drake speculates the World Government is conducting deals of some kind.

Fan theories suggest that Cipher Pol’s purpose is buying weapons from Kaido’s factory in Wano. It seems unlikely though since Vegapunk’s weapons are far more advanced and powerful. This visit of CPO could mean something else. 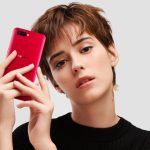