When it comes to bootloader unlock, the whole Google Pixel lineup and OnePlus phones (excluding the ones brought through wireless carriers) are the undoubted gems. No fuzz, no application, no token – you need to connect your device with PC and issue one command from the fastboot binary – done!

On the other hand, companies like Huawei and Motorola are judging the act of bootloader unlock as the clear violation of warranty agreement. The former even closed down the official infrastructure of generating unlock codes.

Xiaomi took a different path. They don’t prevent end users to unleash the true capabilities of their devices, but insist them to go through a mandatory account verification phase. In fact, Realme is doing a similar stance for a selected number of phones in their product portfolio.

Realme 2 Pro was the first phone from the Chinese OEM to receive official bootloader unlocking support. The company gradually expanded the list of supported devices, as they added Realme 3 Pro and Realme X.

An unlocked bootloader is the key to explore custom recoveries like TWRP as well as third party kernels and ROMs. Realme India CEO Madhav Sheth announced that both Realme 5 and 5 Pro should be whitelisted bootloader unlocking in the near future.

Unfortunately the company remains silent regarding older Realme phones and their bootloader unlocking. While OnePlus is planning to officially promote custom ROMs for EOL devices, their distant cousin is preparing a rocky bed for the legacy phone owners. Locked bootloader means no third party development.

Well, prepare for the unexpected twist in the story. Apparently the OEM shipped an unprotected bootloader (often referred to as engineering/debug variant) with the A.59 software update for Realme 2 and Realme C1 that allows users to unlock their phone just like Google Pixel family!

Both these phones share a similar hardware platform, thus there firmware packages are quite common in nature. Matter of fact, they received a small incremental update (A.60) a few days ago. We are not sure whether the bootloader unlocking trick works on the new build or not, so please try and post feedback.

All you have to do is execute the following command from PC when your phone is connected in bootloader/fastboot mode:

For novice users, someone shared a mini guide:

– First of all you need to download Adb and fastboot drivers you can find link on google.

– Then unlock developer options by tapping version in about phone 7 times.

– Connect the phone to your pc via usb cable and install adb drivers.

– In the command window enter the following command

– it will ask for permission in phone then just allow it.

– Your phone will restart in bootloader mode

– Next step is simple, keep the phone connected and enter the following command.

– On the phone screen select i want to unlock bootloader with volume down button and press power button to confirm..

Warning : Phone will reboot and it will start wiping the data so backing up the data is recommended.. 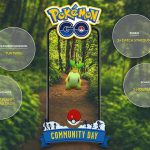