Killing apps in background is the most gruesome way to save battery juice. The process always breaks background notification, online syncing, scheduled startup and a whole lot of things, but Android OEMs continues to perform this malpractice since days. Well, things are changing.

OxygenOS by OnePlus is also riddled with such battery management issues. However, the last (Android Q) Developer Preview build for OnePlus 7/7 Pro introduced a revised model of background app handling.

Dubbed as ‘Intelligent Control’, the new strategy dynamically manages per-app background power usage based on their characteristics. OnePlus incorporated the mechanism in the first Android 10 based Open Beta builds as well.

Those who are on the stable channel of OxygenOS, on the other hand, are unable to utilize the advantages smart background app handling method till date. Worry not, as the Shenzhen based OEM is planning to incorporate the feature for every supported OnePlus phones out there.

Concerns about apps getting killed in the background due to aggressive battery optimization – to be fixed in upcoming updates.

Well, there’s more. OnePlus has a good reputation for sharing GPL mandated kernel source code, but there is a catch! They usually release the codebase based on the stable channel builds, which is substantially slow-paced in comparison to the beta builds.

The company is planning to change the stance to support the rapid development policy preferred by the community. We should soon see per build (be it stable or Open Beta) kernel code release, while OnePlus is also boosting their existing developer seeding program.

Kernel sources to be released on time for all builds including Open Beta build.

We will make sure that devices are seeded quicker to developers in the program after the launch of a new device.

We will be expanding the existing device seeding program to include more members.

All these decisions were actually taken months ago, in the Open Ears Forum India. While we covered odds and ends of the OEF (which took place in Goa), OnePlus finally decided to share an excerpt of the whole event.

Taking on from our first edition, we held a forum specifically focused on enhancing the relationship between OnePlus and the developer community. For this, we got a mixed set of users including Indian and International developers, some of our core, active community members, and even some contributors from the first OEF in India. This was to get mixed, comprehensive feedback on the new topic.

The company is targeting to organize similar meetups to further uplift the enthusiasm of the OnePlus geeks. Promoting custom ROMs for EOL (End of life) devices is in pipeline too, but actual surprise is waiting at the end.

Following the footsteps of the bigger players the domain, OnePlus is on their way to initiative a full-fledged bug bounty program. Guess we should apply for our reward for pointing out the potential vulnerability in the GPS stack of OxygenOS. 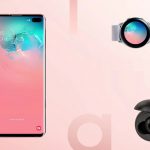