[Still exists!] Farewell Evenwell as HMD Global will no longer be using it on Android Pie powered Nokia devices

Nokia couldn’t keep up with their phenomenal sales figures after the relaunch. By the time HMD Global came up with Android phones, users got used to other OEMs. However, the brand name brought them a solid customer-base.

Not long after the reentry, they shifted the platform to Android One. As compared to other skinned versions, Android One makes it easy for manufacturers to launch software updates. And, Nokia leveraged this advantage to become one of the companies to release OTAs at a faster rate.

Recently, they have released a list of devices getting Android 10 update. However, despite having a capable processor, Nokia 8 won’t be getting it. We can’t blame them for it because they promised only two major Android overhauls (launched with Nougat, the device already got Oreo and Pie).

Not just Nokia, every smartphone today comes equipped with more features than what we need. If you make a list of inevitable attributes, you can’t keep smooth performance and decent battery life off of it. Before Google ventured out with Android Pie, OEMs had different services to save battery juice.

What Nokia used in their smartphones is Evenwell. It monitors applications running in the background and terminates unwanted ones to save battery. Do you have a Nokia phone? Then chances are you have a process with the name com.evenwell.powersaving.g3 or similar on it for background apps killing. Android Pie has redefined the way companies approach the area of power saving. The introduction of Adaptive Battery to the platform ruled out the room for a separate service from the manufacturer-side.

In case you’re naive, Adaptive Battery is Google’s in-house battery saving mechanism. By learning the usage patterns for various applications, it determines the frequently used apps and those rarely use. The latter ones get killed once you exit them whereas the former is allowed to run in the background.

As you already read, Adaptive Battery excludes the need for another process for the same purpose. That’s why Nokia has announced they will no longer use Evenwell. In a community forum post, a company staff has confirmed they are gradually disabling the service on devices running on Android Pie. Needless to say, the new models will never have it.

So, they have decided to solely rely upon the Adaptive Battery function to kill the rarely used applications running in the background. And now you know it. For more Nokia related stories, click here.

Even after the announcement about removal, Evenwell power manager and telemetry apps are still hidden inside the firmware of older Nokia phones. Details here. 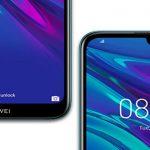