After just one year in business, Oppo-owned Realme is already making a mark in the smartphone industry. Besides featuring among the top brands in India in terms of sales, the company has also been doing great with respect to software updates.

It’s one thing to roll out software updates and it’s a totally different thing to make sure these updates are released on time. Well, the latter case is what Realme has been up to by pushing new updates to its devices way ahead of others.

For instance, both the Realme 2 and Realme C1 have already switched to Android 9 Pie with ColorOS 6. Both devices came preinstalled with Android Oreo flavored with ColorOS 5.1 on top.

Also, as of this writing, the company has already pushed August 2019 security patches to multiple devices that include Realme C2, Realme X, Realme 3 Pro, Realme 2 and Realme C1.

The latter two were the first to get this update in mid-August, but it seems the firmware had some unwanted issues that the company discovered later on. This explains why another August update was pushed to the pair a little over one week ago.

The Realme 2 update is arriving as software version RMX1805EX_11_A.60 and is based on Android 9 Pie. At first, we thought this update is here to fix the USB connection bug that showed up after the ColorOS 6 update to both Realme 2 and C1, but it seems this isn’t the case.

For owners of the Realme C1, the incoming update has software version RMX1811EX11_A. 60. As you can see, the build number is identical to the Realme 2 update and unsurprisingly, the changelog is also the same, that is, bug fixes and stability improvements.

The OTA weighs 400MB, which is quite heavy for a mere bug-fixing update. Even so, we don’t expect new features as part of this update, although you can have us know about them, in case of any.

Both updates are rolling out over the air. Since Realme has just started seeding the new software, it may take several days before all Realme 2 and Realme C1 users receive the download notification. Stay calm as you wait for your turn.

NOTE: For more Realme-related stories, you can check out this page. 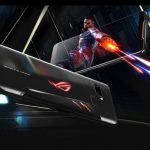