There is a new Samsung Galaxy S10 software update rolling out to the unlocked variants in the U.S. The update, like others before it, is arriving over the air and no, it doesn’t bring the latest September 2019 security patches nor does it tag along Android 10.

With the recent rollout of Android 10, every other Samsung user has been trying to figure out if and when their device will be upgraded to the new OS. As usual, the company is lagging behind not just in rolling out the OS, but also revealing its official roadmap.

While the likes of Nokia, Huawei, and even the smaller OnePlus have already made their Android 10 plans known, Samsung users still await. On the brighter side, our hawk-eyed team already got hands on a leaked Samsung Android 10 roadmap that you can look at on the image above.

Unfortunately, it doesn’t, but this doesn’t mean you don’t get new stuff as part of the new update. For instance, the haptic feedback on swipe navigation that was allegedly part of the initial August security patch but never actually made it is finally available in the latest update.

However, some users are not happy with the tweak accompanying the new addition. Apparently, Samsung has bundled the vibration for gestures and holding items on the screen in one setting. This means that you cant have one enabled and the other disabled simultaneously.

When using the swipe gestures to go home, back or open recent apps, the phone vibrates. For those who don’t like this behavior, it’s possible to disable it in the settings. However, disabling this behavior after the latest update also disables vibration when swiping in the pattern to unlock the device.

This update is basically 2 steps backward for Samsung. They bundled the navigation haptic feedback and touch haptic feedback together so if you turn one off it turns the other off too.
Source

Why can’t Samsung separate the vibration for gestures and holding items on the screen. I was pretty happy without the vibrations on the gestures while having feedback when long-pressing icons.
Source Going by the statements above, some of those who have already received the second August update on their U.S. unlocked Galaxy S10 variants are not happy with the new change. The OTA is already live and is arriving with build number BSGL, a change from ASGF.

The update weighs 484MB, so it sure has a lot to offer than the typical bug fixes and improvements. If you do notice anything new, feel free to fill us in via the comments section below. 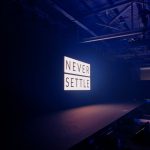 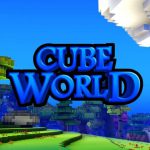