You can’t resist blaming the OEM when a useful feature disappears after an over the air update. Asus ZenFone Max Pro M1 and M2 users are doing exactly the same now. After the security overhaul, multiple issues have surfaced on the devices.

Let’s concentrate on the first generation smartphone – Max Pro M1. Launched in April 2018, it packs in a Snapdragon 636 chipset coupled with up to 6 GB of RAM. The company already untied Android 9.0 (Pie) despite it hitting the market with Oreo (8.1).

So, what went wrong? The August security patch became the culprit by nullifying Widevine L1 support. We can’t really perceive this as an accidental move because both the iterations (M1 and M2) exhibit the same issue after installing their respective incremental packages.

In case you are naive, an Android handset needs L1 support to stream HD content online. Downgrading it to L3 means those can’t play high definition videos from services like Netflix and Amazon Prime. Reason being, Widevine L3 only allows sub-HD streaming.

When the problem was acknowledged, the company didn’t bat an eye at first. However, they had to finally confirm the fault due to the rapid increase in user complaints. As for the latest, incoming is information from a ZenTalk forums moderator stating the next update will fix the Widevine L1 concern.

They didn’t specify any timeline, though. And mind you, this is applicable only for ZenFone Max Pro M1 users facing the Widevine glitch triggered by the latest update.

As for Max Pro M2, Asus has pulled the August OTA. We are not entirely sure whether or not the lack of Widevine L1 is the sole reason because the package brought another (flickering on screen rotation) bug to the device. In short, multiple problems showed August overhaul the path to the oblivion.

It hasn’t been so long since the update started surfacing. For the same reason, we are yet to know if there are any other issues pertaining to the last OTA. Asus clearly doesn’t want to get their names spoil in public by allowing the bugs to circulate.

Are you a ZenFone Max Pro (any generation) user? Did you experience problems other than the ones discussed here after updating to the latest firmware? Don’t forget to let us know by leaving a comment down below. And yes, don’t forget to stay tuned to our Asus section for more.

IST: 06:16 pm: The long pending Widevine L1 issue is still in place for the Asus ZenFone Max Pro M1 users. One such user took to ZenTalk Community explaining that even after downgrading from the Android 10 beta, Widevine L1 issue still persists.

To this, a ZenTalk mod advised to visit the nearest ASUS service center for further assistance. See the full details here. 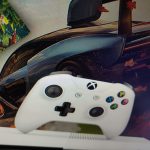