Samsung Galaxy S10 series and Galaxy A50 are not the first Samsung smartphones that Verizon Wireless is updating to the latest August 2019 security patches. The carrier has been quite busy lately with similar updates to a number of Samsung phones.

The likes of Samsung Galaxy Note 10 and Note 10+ made the cut about a week ago. This was the first update for these devices since arriving earlier this month. A couple of days ago, the Galaxy Note 8 also joined the party.

To add to this list, Verizon is now dishing out OTA updates that install the same August security patches to Samsung Galaxy S10e, Galaxy S10, Galaxy S10+, and Galaxy A50.

You might be wondering why I haven’t mentioned the Samsung Galaxy S10 5G. Well, it is because Verizon already pushed the August security update to this model a week ago, so you should have received the download notification by now.

For those with any of the other three Samsung Galaxy S10 variants, the update has just been confirmed by the Big Red and it should be rolling out as I write this. Besides the new patch, you also get system enhancements and performance improvements as well as some bug fixes.

Where the Galaxy S10e is receiving an update with software version G970USQU2BSGJ, the standard S10 is jumping to version G973USQU2BSGJ. If you have the Plus variant, the update is arriving as version G975USQU2BSGJ.

The global variants of the Galaxy S10 received this same update a couple of weeks ago followed by the U.S. unlocked model. Earlier this week, AT&T and Sprint also released the August update, which basically means Verizon is playing catchup.

Similarly, the Galaxy A50 already received the update to August 2019 security patch in India. The update not only installed a new security patch but also improved fingerprint recognition, battery life and added Snapchat, among other stuff.

On Verizon, you only receive the updated security patch and unnamed performance improvements. This is the first update the Galaxy A50 is receiving since it arrived on Verizon. The new software version is A505USQU2ASH2.

The current software update provides performance improvements and the most up to date Android security patches on your device.
Source

All four devices are receiving their updates over the air, so be sure to calm your nerves as you wait for the download notification because it could take days before it arrives. 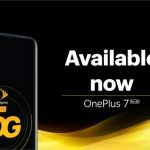