As is ongoing the season of the latest August security update, incoming is the update alert on yet another Samsung device. As you may know, among the Galaxy S lineup, the Korean OEM has already pushed the latest security updates for Galaxy S10 series (S10/S10+/S10e), and Galaxy S9/S9+.

Samsung Galaxy Note 9 also received the August patch lately. Apart from that, some among the Galaxy A lineup – Samsung Galaxy A20 and Galaxy A5 (2017) were also upgraded a few days back.

And now the radar is on yet another Galaxy A series device – Samsung Galaxy A50. Just for refresher, A50 is the OEM’s current year high-end phone which is fueled by Exynos 9610 processor that shipped with the-then-latest Android 9.0 Pie.

Unlike the August update that rolled on Galaxy A20, that included nothing other than the upgraded security patch, the one out on A50 brings along new additions and optimizations. Sized about 320MB, the currently circulation August OTA bears build number A505FDDU2ASH3 / A505FODM2ASH3 / A505FXXU2ASH2.

Whats new:
-The performance of Fingerprint recognition has been improved.
-The following applications have been installed:
Snapchat
-Improved battery charging algorithm and stability
-Overall stability of functions improved
-The security of your device has been improved.

While the wait for the latest security patch is finally over, it goes without saying that firmware updates are pushed out in batches and hence may not hit all units at the same time. So hang in tight until that August OTA notification pops-up on your A50 unit.

Or else, you can always check the availability of the latest update on your phone by heading to Settings > Software update > Download and install. Happy installing?!

Galaxy A50 gets a small incremental update over the August patch that is related to call quality enhancements. Details here. 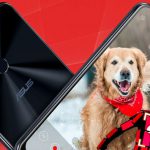 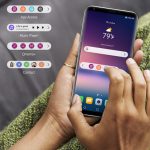