The month of July, especially the corresponding security patch had some funny as well as weird incidents with the Samsung Galaxy S10 lineup. At first, a few international Exynos powered S10 units started to get a semi-insider build at the mid of the month. Samsung also (re-)released the update roadmap via Members app.

Eventually the wider rollout began, but the phones received a new software version (ASG8) paired with an updated bootloader (v3) – both of them are different from the leaked build. Later on, US Snapdragon models got the OTA from various wireless carriers during August.

Matter of fact, the T-Mobile branded Galaxy S10 is still lacking the dedicated camera night mode. This is just another example of the negative effects you need to deal with by opting for carrier locked phones. On the other hand, unlocked Galaxy S9/S9+ were already awarded August patches.

Do you think S10 is lagging behind legacy flagships? Worry not, as the Korean OEM reportedly pushed the big red button as Galaxy S10 owners across the world are now having a new update prompt on their phones.

Following the usual tradition, the recentmost build (ASH1) is now available on a handful of European countries before wider distribution. The bootloader version remains same (v3), which means you can go back to the July build if you want.

The size of the incremental OTA is merely 113 MB, and the changelog says nothing other than boosting the baseline security. The kernel as well as baseband version are identical to the July build.

Being an ‘XXS’ update, no new feature should be introduced. We need to wait a little before enthusiastic users dig out underlying changes and/or bugs, so stay tuned! If you can’t wait for the OTA to hit your phone in some days, tools like Frija can be handy to download the new firmware directly from Samsung servers for manual update. You also need to tool like ODIN to perform the actual flashing job, but guess you are already aware of that.

Don’t forget to mention any new improvement after installing the August update on your Galaxy S10e/S10/S10+. The comment section is always open for your feedback.

Samsung pushed a slightly new build (ASH6 instead of ASH1) of August security update for Australian Galaxy S10 lineup. It also features a new baseband. Head over to this article for more info. 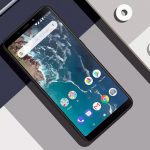