Samsung, despite selling the most number of units every year, couldn’t have found their luck with the interface. Their former Android skin Touchwiz got them nothing but customer resentment. The unfortunate app stopping notices used to irk even the flagship users.

The company then moved to Samsung Experience, in search of something to impress the users. However, their second pick also had the same destiny of Touchwiz. The final build (which was also the beta version of Android Pie-based One UI) came out in November 2018 and with that, Samsung dodged it.

The ongoing overlay of Samsung devices, as you might have guessed is One UI. Running over Android Pie, the interface seems to have gained the fondness of the users. That’s why the OEM started rolling out the same to various devices.

In the last month, they released One UI update to Galaxy S8 Active and J3 Achieve. Nonetheless, J7 Prime users felt like hit by a bombshell because they got One UI-less update. Fresh into the list to get the new UI is Galaxy J5 2017.

As the name proclaims, the device hit the market in 2017. Launched with Android 7.0 Nougat (Samsung Experience), the company already unleashed Oreo 8.1 package for it. The new update brings Pie-based One UI to the table.

Even though they took a year to bring One UI for J5 2017, you can’t overlook the efforts to deliver two major Android overhauls. The update has started circulating in Russia at the time of writing this story.

It is only the matter of waiting for a few days until the notification flashes on your screen. Given the new interface, the package will burn substantial amount of your data package. So, ensure the availability of a steady wireless network or mobile data connection.

Accompanying the Android version upgrade is the August security patches to the smartphone. It fixes around 17 vulnerabilities including a severe location sharing bug, which doesn’t even require the user consent.

If you are too impatient to experience One UI, you can try your luck by selecting Download updates manually option that comes under Software update section in Settings. Having a non-Russian device lessens your chances of receiving the OTA notification right now, though.

You can stay tuned to this post. Whenever the update goes globally live, we will edit this post to include the information. For more Samsung related stories, you can click here. 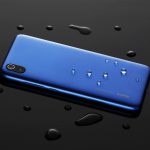