Samsung Galaxy J7 Prime gets new security update, but it's not One UI (Android Pie 9.0)

The newest incarnation of Samsung’s smartphone OS interface One UI, as you may know, is the OEM’s customized skin based on Android 9.0 Pie. The company’s latest flagship phones Galaxy S10 series embrace One UI out of the box, and it has slowly been making way to older Samsung phones.

But what about Galaxy J series’ device J7 Prime? For a quick refresher, Samsung Galaxy J7 Prime is a 2016 mid-ranger phone powered by Exynos 7870 Octa processor. The device embraced Android 6.0.1 Marshmallow out of the box, and currently sits on Android Oreo.

Since it’s a 3 year old phone, it has already got its share of 2 major OS updates (as per the general software update policy). But considering that its online variant Galaxy On7 Prime was upgraded to One UI, Galaxy J7 Prime should also get to taste Android Pie-based One UI.

As is usually the case with updates, they are rolled out in batches, so the June patch may take time to make it to all units in India. As for Android Pie/One UI, Galaxy J7 Prime users will have to wait, as there’s no ETA for the update’s arrival.

Rest assured, we’re keeping a continuous tab and will let you know as and when Pie gets rolling on Galaxy J7 Prime (aka Samsung Galaxy On Nxt or Galaxy On7 Prime). That’s not all.

Samsung Galaxy J7 Prime 2 (aka Galaxy J7 Prime (2018) is also getting the June security update. Back in May, the device was upgraded to Android Pie/One UI in India. The update bumped the version to G611FFDDU1CSD8/ G611FFODI1CSE3 and brought along the May security patch.

Just like J7 Prime, the June update on J7 Prime 2 may also take time to reach all units. So hang in tight, as you may get to see the notification anytime. And yes, feel free to drop a comment and share with us how the updates act on your units. 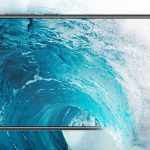