As we are approaching the official public release of Android Q (Google’s upcoming smartphone operating system), the frequency with which OEMs are pushing the Android 9 Pie update is increasing.

Among prominent companies that have a large portfolio of devices, China’s Huawei has started rolling out the Pie update to many of its devices, and Korea-based Samsung is also on the Pie update spree.

Talking about Samsung, the company recently started rolling out the update to a couple of its Galaxy J7 series devices. Specifically, the Samsung Galaxy J7 Nxt and Galaxy J7 Pro started receiving the Pie update in some regions.

Reportedly, the J7 Nxt first got the update in Russia, Mexico, Spain and Algeria, while Thailand was the first country where the Galaxy J7 Pro started getting the update. Both updates weighed in over 1GB in size and brought along the May security patch.

Now, as is usually the case, when a device starts getting an update in one region, users in other regions become more anxious about how much they have to wait for the update. I am sure the same must have been happening with users of these two devices.

Well, if you are one of those anxious users, I have good news – well, for some of you at least. Specifically, those in India owning a Samsung Galaxy J7 Pro would be happy to know the Pie update for your device has started rolling out.

The news comes courtesy of a J7 Pro user, who shared the development on Twitter a few minutes ago. The update bears build number J730GMDXU6CSF7/J730GMODD6CSEI/J730GMDXU6CSEF. Here’s the user shared image of the changelog: As you can see, it’s nearly the same update, sized 1GB and bringing Pie 9.0 along with May security patch. Given the update has already started rolling out in India, all Galaxy J7 Pro units in the region should get it sooner than later.

Have you received the update yet? If so, feel free to share with us how it is acting on your unit by dropping a comment below.

Samsung Galaxy J7 Nxt and Galaxy A8 Star units in India are also getting One UI/Android Pie update now. While the update brings May patch on J7 Nxt (left image), it brings the latest June security patch on A8 Star (right image). NOTE: Among Samsung devices, Galaxy J4 Core also recently got upgraded to Android Pie Go, as the phone is an Android Go edition. You can read the complete coverage about it by heading here. And for more Samsung related news and stuff interested readers may head here. 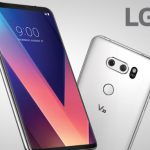 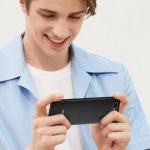