HTC is no longer the force it was in the smartphone industry back in the day. The company has been struggling with smartphone sales for quite some time now, but it isn’t giving up just yet. Late last month, for instance, the HTC Desire 19+ was unveiled in Taiwan.

Besides struggling to make a mark with its smartphone sales, HTC’s struggles are also evident when it comes to rolling out software updates. At a time when the competition is almost updating devices to Android Q, HTC has been busy lately dishing out Pie updates.

At the beginning of this month, the Pie update rolled out to HTC U11 in Europe. A couple or so days later, the same update arrived on the U11+ in Europe and India and soon after followed by American users of the U11.

Strange enough, the newer HTC U12+ got the nod after Pie rolled out to the older U11 and U11+, but the difference was only a couple of days or so.

Today, the HTC U11 is receiving a new software update over the air. The update is arriving as version 3.23.709.6 and weighs a significant 844.5MB. For an update that doesn’t bring a new Android OS upgrade, this one is pretty huge.

When loosely translated, the changelog above points to system improvements and bug fixes for the HTC U11. However, it seems the same update also installs a new Android security patch level dated July 2019 and adds support for digital wellbeing.

OTA updates like this one take days before all units receive the download notification. Granted, not every HTC U11 user will receive the new update all at once, instead, it will be released gradually to more regions as the week progresses.

Also receiving a new software update is the HTC U19e. The update to the U19e is airborne and so far, it is available in the company’s home market of Taiwan. The software is arriving as version 1.00.709.24 and weighs 158.85MB, tagging along the usual system performance improvements.

It’s also possible this new update installs an updated security patch level to the U19e, but for now, we don’t have a way of verifying this. Do fill us in when the update arrives on your phone via the comments section at the end of this post.

Updates for both devices are based on Android Pie. As opposed to the U11 that got the OS through another software update, the HTC U19e comes preinstalled with Pie. While we can’t promise anything about the U19e’s update to Android Q, we can guarantee the U11 won’t get past Pie.

Unveiled in June 2017 pre-installed with Android Nougat, the recent update to Android Pie was the second and final major OS upgrade for the handset, just like it is typical for most Android flagships. That said, you might want to ensure to grab the incoming update once it shows up.

The popularity of HTC devices among custom ROM developers is wanting. Whether the U11 will be blessed to get Android Q support via custom ROMs is still a question no one has an answer. But even so, don’t get your hopes too high on this matter. 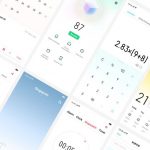 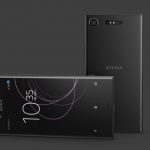